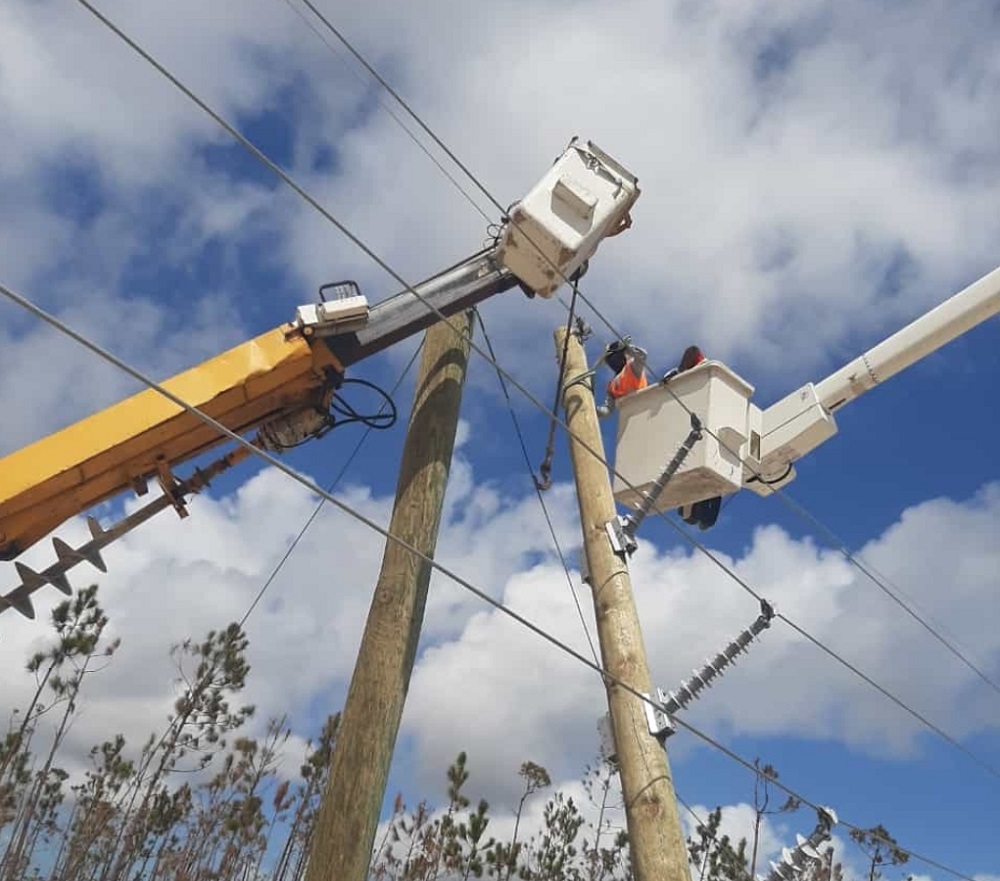 #Nassau, October 15, 2019 – Bahamas – Bahamas Power and Light Company Ltd. (BPL) is pleased to report that power has been restored in South Abaco and that additional support from the Caribbean Electric Utility Services Corporation (CARILEC) are on island and have joined the push north so BPL can speed the return of electricity to customers in North Abaco.

A mechanical component failed on the 1.8 megawatt CAT unit which had been used to provide power from the Wilson City Power Station (WCPS) to communities in the South. BPL was able to source and ship a replacement for the component which malfunctioned within short order, as well as an additional generator for installation at the site. The additional unit need only be connected to the grid and commissioned.

With regard to the transmission line from Wilson City to Marsh Harbour, the remaining 65-foot poles are also on island. The team assigned to repair this line will continue works throughout this week replacing the 65-footers.

Meanwhile, the line crew assigned to Spring City are making good progress and should be completed with the line repairs in this area this week. This area will await the completion of repair on the Wilson City-Marsh Harbour line before it can be returned to service. This team is expected to begin construction on the line between Marsh Harbour and critical infrastructure: the hospital, the government offices, the airport, the sea port and the Water and Sewerage Corporation facility.

The CARILEC line crew (British Virgin Islands) assigned to Coopers Town began work in earnest on Friday clearing lines and stripping poles. They were joined by a digger truck on Saturday and began replacing the downed poles in Coopers Town.

Two additional teams from CARILEC (one team from Antigua and the other from Belize) are also already on island. These teams joined the effort in Coopers Town and will continue north so that we can expedite the return to service of customers between Coopers Town and Crown Haven.

Another team from CARILEC – this one from the Cayman Islands – is expected to arrive later this week and will be assigned along with one of the Abaco-based contractors in Green Turtle Cay.

Poles and other material are being staged at the Treasure Cay Ferry Terminal for shipping over to Green Turtle Cay early this week.

Our teams are working to directly provide power into the communities using temporary generators.