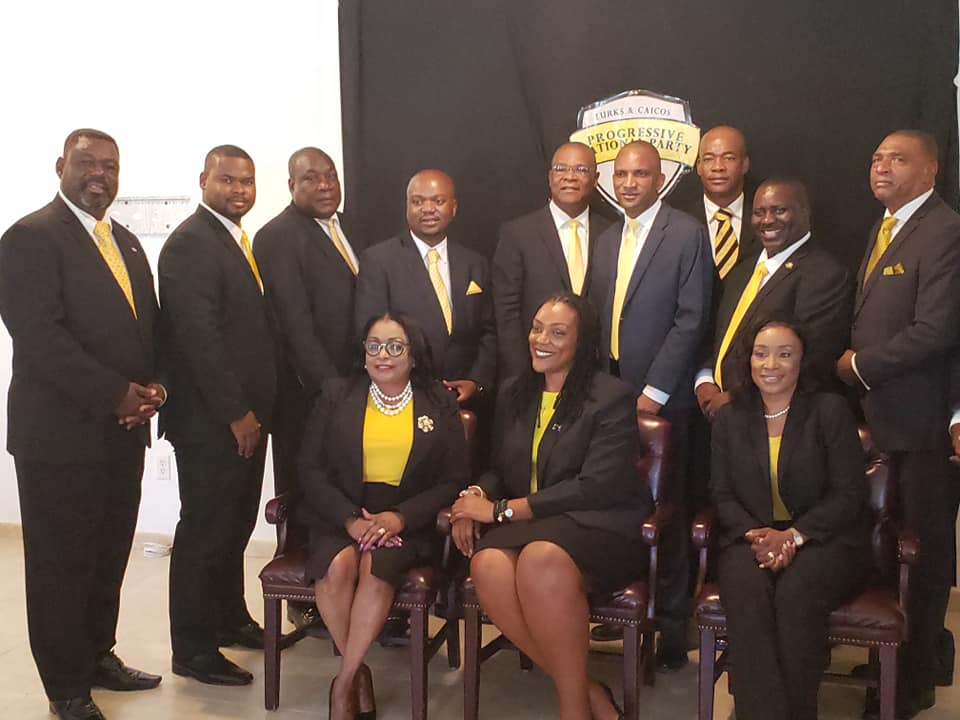 #Providenciales, September 19, 2019 – Turks and Caicos – The Progressive National Party says it will be the next government of the Turks and Caicos Islands and will do more than tout ‘change’; the PNP is promising strategy and discipline once elected.

Hon. Misick, during a Wednesday press conference held at the party headquarters in Providenciales explained that the news conference was more than a 2020 general election candidate introduction; it was an opportunity for media to interact with him as party leader.

“Over the last 18-months since the last election, we’ve been focused on making sure all of the organizational pieces are in place.”

The PNP leader pointed to conferences held to improve on leadership skills of membership, adding that these have led to visions, missions, aims, objectives and core values being developed within the PNP.

“These days we hear words thrown around loosely, change; change of course is constant,” explained the elder statemen who added, “IN order for change to be structured, it has to have strategy behind it and one of the things we don’t want to do as the next government is to end up in parliament without concrete, realistic, enforceable plans that we would, as a party have tested before we actually include them in our manifesto.”

Denounced were characterisations of Progressive National Party arguments, which are often leaked from PNP social media groups to the general public threaten to go as far as supreme court action, are a reflection of the democracy which is alive and well within the party.

“Our deliberations – some may call it infighting – I don’t see it as that at all.  This is a big tent party, everybody is invited and everybody is welcomed. It is the only political party in this country that actually fields or puts out an invitation to the general public whether you are a card-carrying member of the Progressive National Party or not.  We recognize that everyone has a contribution…”

Misick said the focus of his party is for when the date is called for the next Turks and Caicos general elections, the PNP is ready.

“Today is the beginning of the hard work.”

The 15 individuals which are named as the likely candidates for the Progressive National Party still have to be ratified.  The ratification will happen, said Washington Misick, at the PNP’s National General Council (NGC) meeting on October 12, 2019.