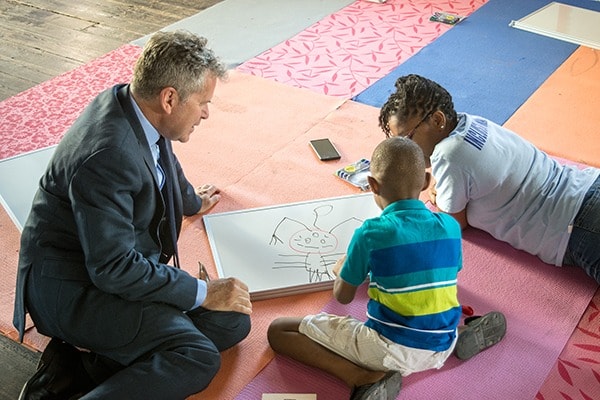 #Providenciales, September 30, 2019 – Turks and Caicos – Over the next two weeks, Governor Nigel Dakin will be visiting the family islands of the Turks and Caicos and the schools will figure prominently into the tour.

Visits begin on October 1 in the country’s two largest islands where there are six planned stops in North Caicos.

In North Caicos, there will also be visits to the Government’s Farm, Wade’s Green Plantation and that evening there will be a town hall meeting.

The Governor will spend at least a full day in each island and is to have the opportunity to see the beauties and meet the people of Middle Caicos on Wednesday, October 2.

South Caicos and Salt Cay will also be visited this month by the new Governor, who will for the first time set foot on these other TCI shores.

The town meeting in Bottle Creek, North Caicos begins at 6:30 pm on October 1, and will be held at the Adelaide Omeler Primary School, according to the notice from the Governor’s Office.