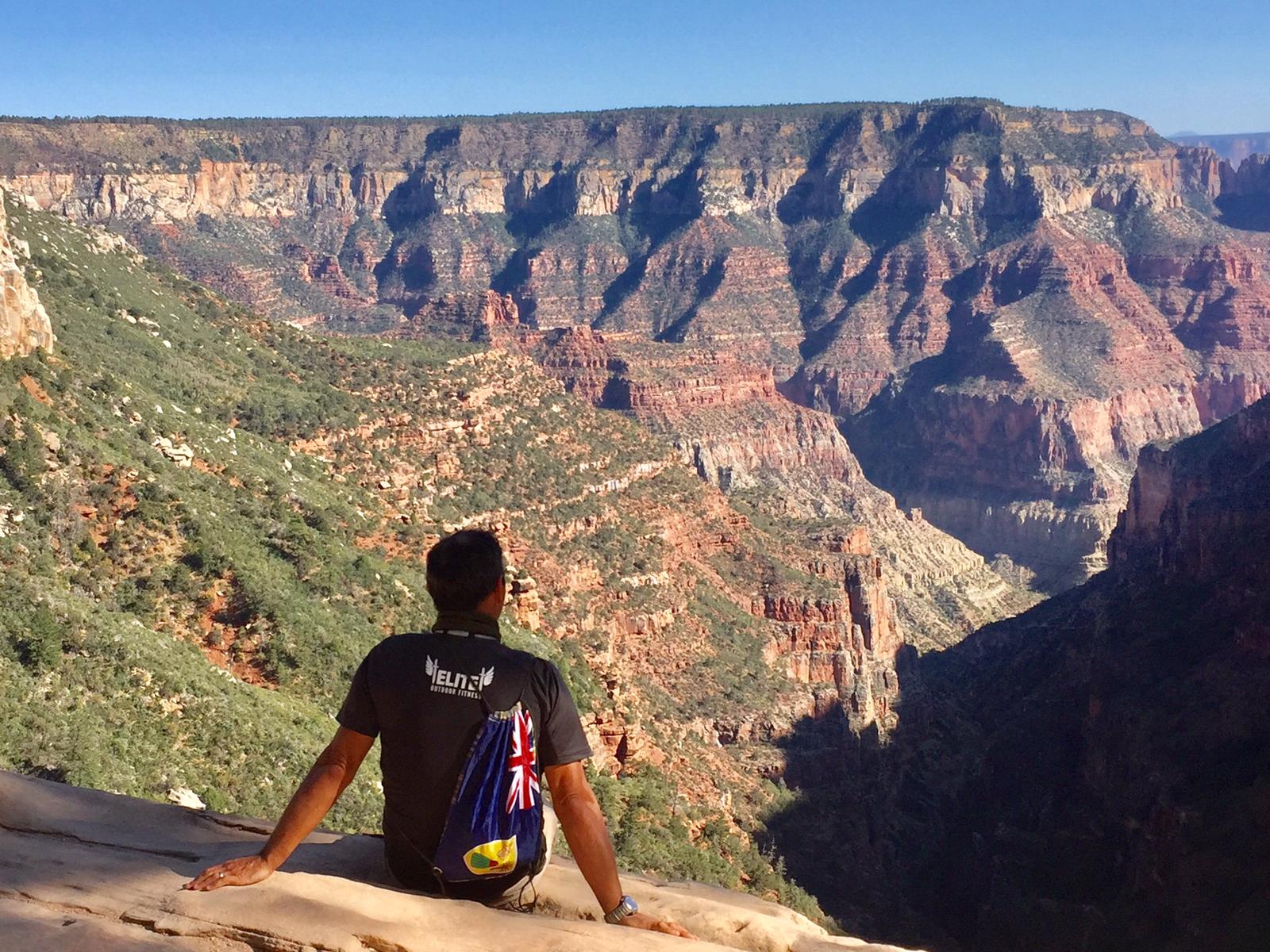 #Providenciales, September 25, 2019 – Turks and Caicos – GRAND GESTURE AT GRAND CANYON – John Galleymore is British ex-military, a thrill-seeker and totally smitten with the Turks and Caicos Islands.

Galleymore could have opted to fly at least a couple of flags at one of America’s most treasured national parks or he could have simply soaked in the unparalleled views offered by the magnificent Grand Canyon, instead he is preparing for an uncommon December event on this latest adventure.  In temperatures of 120°F Galleymore trekked the steep, arid terrain and plans to tell Magnetic Media all about it once he returns to these rocks.

As to the why he decided to cross the Grand Canyon in one go – 26 miles and 10 hours – is as training for the upcoming ‘Round Provo Walk’ that will showcase local business, tourist attractions and the TCI’s natural beauty.

Galleymore told Magnetic Media that the Round Provo Walk will span four days and it is hoped that any and everyone will join him, especially children and the new Governor.

The ‘Round Provo Walk’ is earmarked for the first week in December and will be a one of a kind fundraiser for charities in the islands.  Mr. Galleymore… just amazing!