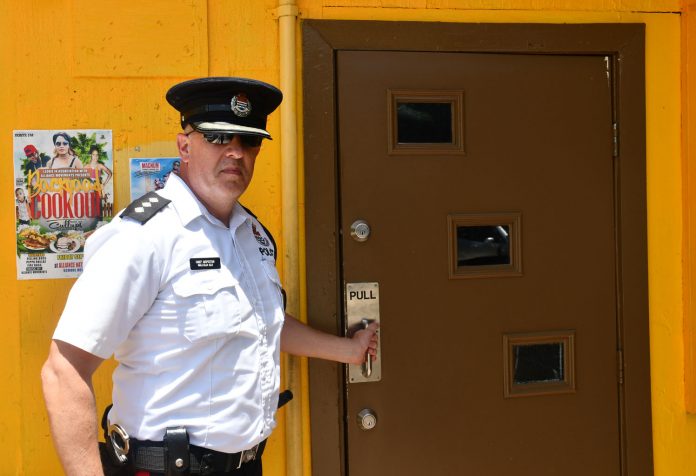 Been Jr was said to be on his way home from work on Wednesday September 18 when he was stopped by police officer, David Wilson. It is alleged that Been Jr was in possession of an illegal firearm and allegedly resisted arrest.  The officer was reportedly forced to fire his service weapon in order to subdue the man, but Danny’s girlfriend and others hotly disputes that account.

The killing reportedly happened in Five Cays in the presence of Daniel Been Jr’s girlfriend, who claimed her man and the father of her son, was left bleeding on the ground for far too long.

The incident has spawned comments of outrage mainly against the police and those most outspoken on the matter have accused the TCI Police very strongly in the incident; labelling the shooting as “murder”.

The officer involved, David Wilson, was in 2017 listed as a member of the Criminal Investigation Department of the Royal Turks and Caicos Islands Police.

Social media commentary has not been kind to David “Face Off” Wilson either.

Late yesterday, Police Commissioner Trevor Botting made the announcement that the independent investigation will get to the bottom of the case.

“We have a duty to ensure that the circumstances are properly investigated and as standard protocol in any officer-involved shooting with a force firearm, an independent investigation will take place,”  Commissioner Botting in the media statement added, “Being accountable and transparent are crucial as we build trust and confidence throughout the communities we serve and this independent investigation will provide just that in response to this incident.”

Inspector Malcolm Kay is the Caymanian Police officer leading the probe and in a media release today, the inspector spoke succinctly and directly.

“The incident occurred on Wednesday, 18 September, 2019, and we would welcome hearing from anyone who may be able to assist with our enquiries. If you have any information or would like to meet with us, we can be contacted at 232-1995.”

Inspector Kay is not alone; he is accompanied by a team of police officers from the Cayman Islands.