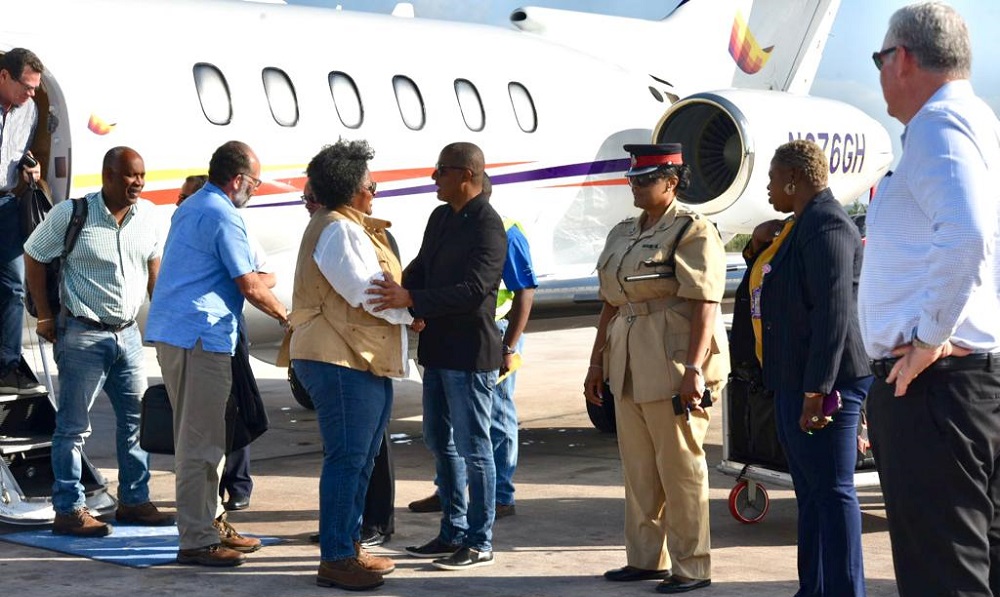 #Bahamas, September 6, 2019 – The Eastern Caribbean has decided to collectively donate $1 million to the relief and rebuild efforts of The Bahamas following monster Hurricane Dorian, which is now a 12-day old storm system.

The ten nations which make up the Organisation of Eastern Caribbean States, OECS, today made the announcement that each will give $100,000 to help The Bahamas rebuild.

The Loop news carries the report: “In a cabinet note, Antigua and Barbuda Prime Minister Gaston Browne said although it is acknowledged that the sum is small compared to the damage caused by the Hurricane Dorian, the gesture is intended to let the Bahamian people know that the people of the Eastern Caribbean feel their pain.”

It is another outstanding show of love and support from neighbours and friends of The Bahamas, which is facing the monumental task of restoring the second and third largest economies in their archipelago after a three-day bout with Hurricane Dorian.

The death toll of 20, up to Wednesday September 4, is expected to climb dramatically.  Today, bodies are being discovered in the debris and rubble – particularly in Abaco.

Urban Search and Rescue, USAR is supported by the professionals from the United Kingdom, the United States and the Caribbean through CDEMA, but civilians are also getting involved.

Residents are sharing, on social media what they are uncovering and it is gut-wrenching.

The situation is painful.  Bahamas Prime Minister, Dr. Hubert Minnis on Wednesday night in a nationally televised debriefing called the predicament a “crisis” for The Bahamas and one which the Health Minister, Dr. Duane Sands called, “horrendous”.

Some Caribbean leaders should be in The Bahamas by now; having left their homelands this morning to link-up as a CARICOM body and demonstrate solidarity with the country facing an unprecedented disaster.

OECS Countries include: Antigua and Barbuda, St. Kitts and Nevis, Montserrat, Anguilla and the British Virgin Islands; Dominica, St. Lucia, St. Vincent and the Grenadines and Grenada and Martinique.