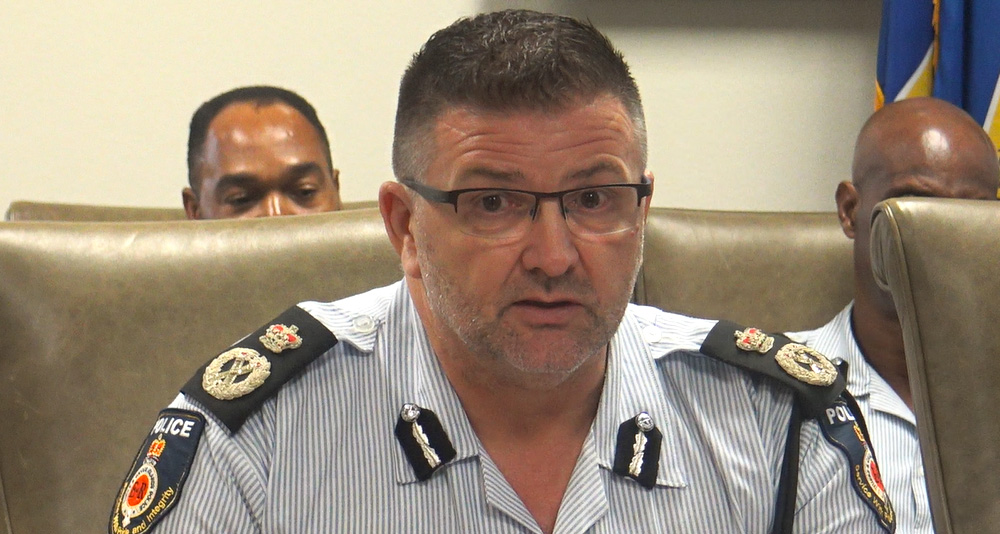 #Providenciales, September 11, 2019 – Turks and Caicos – A specialist team will be appointed to investigate gun crimes with a view to reduce the escalation of these offences in the Turks and Caicos Islands.

“We’re also just in the process of forming a specialist gun crimes team. This will be a small team formed to bring a dedicated and sharp focus on gun crime across the Turks and Caicos Islands and also focus on those committing those crimes.

Gun crimes in the Turks and Caicos Islands have more than doubled; from 26 offences with guns in 2018 to 62 reported gun crimes recorded for 2019.

Guns are also the leading weapon used in the record number of homicides in the Turks and Caicos for this year.  All but one of the 10 murders were committed with a fire arm.

Police Commissioner Trevor Botting, during his remarks at a news conference on Tuesday, said the focus on serious and particularly gun crime will be relentless.

“If you carry a gun and commit crime, we are determined to hold you to account.  We are going to be relentless at this and I will take any means within my powers and within the law to make sure that happens.”

Already patrols have beefed up and on Monday September 9, five arrests of suspects in serious crime investigations were arrested by the Royal TCI Police Force.

“The rest of the Force will support that small (gun crimes) team and we will track down and hunt down those who are committing these offences.”