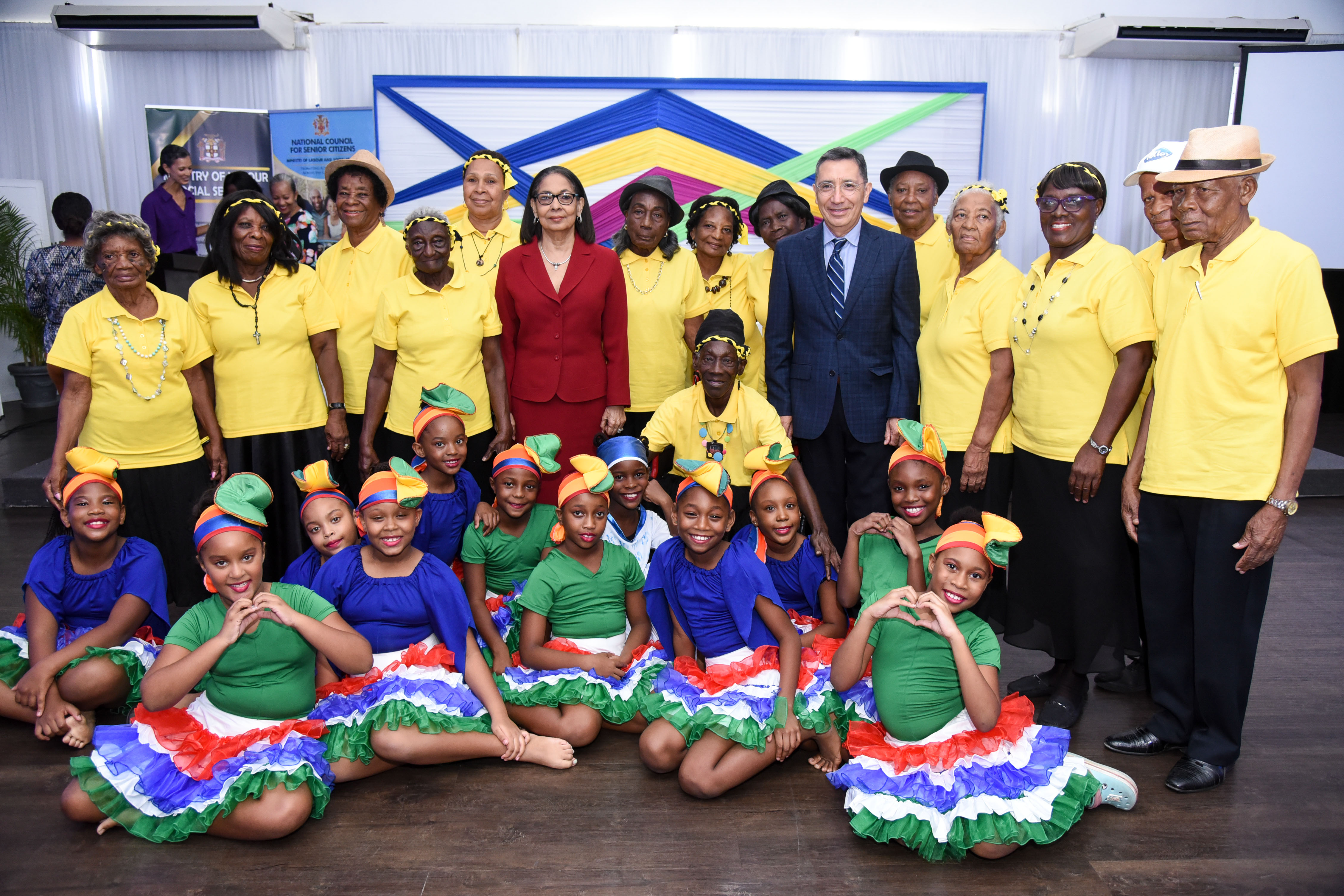 #Kingston, September 24, 2019 – Jamaica – Labour and Social Security Minister, Hon. Shahine Robinson, says the Ministry is advanced in the revision of the National Policy for Senior Citizens, which seeks to create a supportive and enabling environment for healthy, active and productive ageing.

“The policy was tabled in Parliament as a Green Paper. Consultations on the Green Paper were recently concluded and the results are currently being examined with a view to finalising the policy,” she said.

Mrs. Robinson was speaking at the launch of Senior Citizens’ Week 2019 on September 20 at the Spanish Court Hotel in Kingston.  The Week will be observed under the theme, ‘Older Persons: Partners in Social, Cultural and Economic Development’.

Mrs. Robinson said that as the elderly become a greater proportion of the population, these persons should be afforded the opportunities to be actively engaged in the development process.  She argued that this year’s Senior Citizens’ Week theme is a national call to focus on the importance of engaging older persons as partners in development, thereby avoiding bias and discriminatory views of ageing and its effects on mental and physical capacities.

“Their vast reservoir of skills, experiences, wisdom and knowledge can be leveraged for the benefit of all,” the Minister said.

Mrs. Robinson called on the public to support the activities commemorating Senior Citizens’ Week, and called for greater inclusion of the elderly in society.

“We must take steps to strengthen solidarity through equity and reciprocity between generations. Too often, younger and older generations are at odds, with each group competing for resources and priority. Rather than emphasising the differences between the ages, we should highlight their synergies and interdependence. There is so much that the young and the old can learn from each other,” the Minister said.