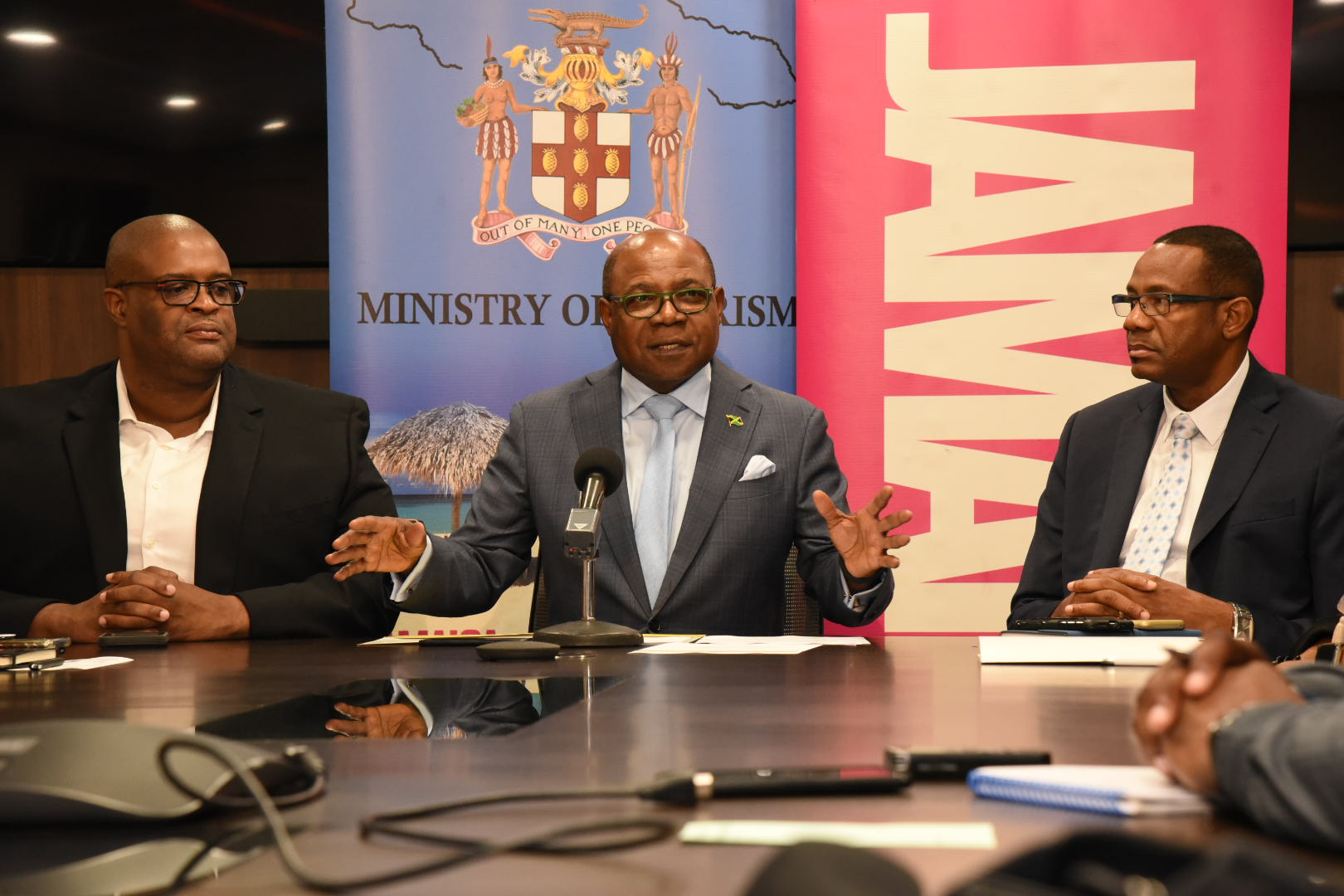 #Kingston, Septerber 30, 2019 – Jamaica – The Government is developing an international satellite network for the Global Tourism Resilience and Crisis Management Centre.

Tourism Minister, Hon. Edmund Bartlett, made the disclosure at a media briefing at the Ministry’s New Kingston offices on Tuesday (September 24). He said that the satellite network is one of several key outcomes emerging from discussions at the recent United Nations World Tourism Organization (UNWTO) meeting in Russia.

He noted that the first satellite centre will be established at the Kenyatta University in Nairobi, Kenya, in December.

The second will be opened in Morocco in January 2020; the third in South Africa in March 2020; and, thereafter, in Abuja, Nigeria, and Seychelles.

“A centre is online for Nepal with which we have also [forged] relations and already concluded a memorandum of understanding,” the Minister indicated.

The Global Tourism Resilience and Crisis Management Centre, which is the brainchild and portfolio responsibility of Minister Bartlett, was established to build and fortify the capacity of tourism-dependent economies to deal with shocks impacting the industry.

He advised that the facility, located on the Mona campus of the University of the West Indies (UWI), has established “strong relations” with the Global Resilience Council, which is based in London, England.

The Council provides a platform for professionals from various industries to share information and best practices regarding resilience, crises and disasters, both man-made and natural, that could impact tourism.

Mr. Bartlett further indicated that linkages have been or are being forged with the United Kingdom-based University of Bournemouth, which is represented on the Centre’s Board by Professor Lee Myers; Queensland University in Australia; George Washington and Northeastern Universities in the United States; and Hong Kong Polytechnic.

“So we are connecting… and these are university connections which will eventually become centres. So, in short order, we are going to have satellite centres on every single continent,” the Minister said.

Mr. Bartlett, in emphasising the Resilience Centre’s importance, noted that the Caribbean is the most tourism-dependent region globally, “where 18 of the 28 economies have [a] dependence [ratio] of 60 per cent, or more”.

Against this background, he said, there is need to ensure that these countries can effectively counter any shocks.

“We have to develop more of that resilience… that ability to respond… to meet the challenges of these disruptions, to be able to track them, to be able to manage them when they hit us… and then recover quickly and thrive,” he noted.

“So the Centre has been established to respond to these… to generate information and create a base for technological responses and also for immediate response when there is a disruption somewhere,” Mr. Bartlett added.

Header:  Tourism Minister, Hon. Edmund Bartlett, responds to questions from journalists during a media briefing at the Ministry’s New Kingston Corporate Office on Tuesday (September 24). He is flanked by Senior Advisor in the Ministry and Executive Director for the Global Tourism Resilience and Crisis Management Centre, Professor Lloyd Waller; and Senior Director for Technical Services, David Dobson.