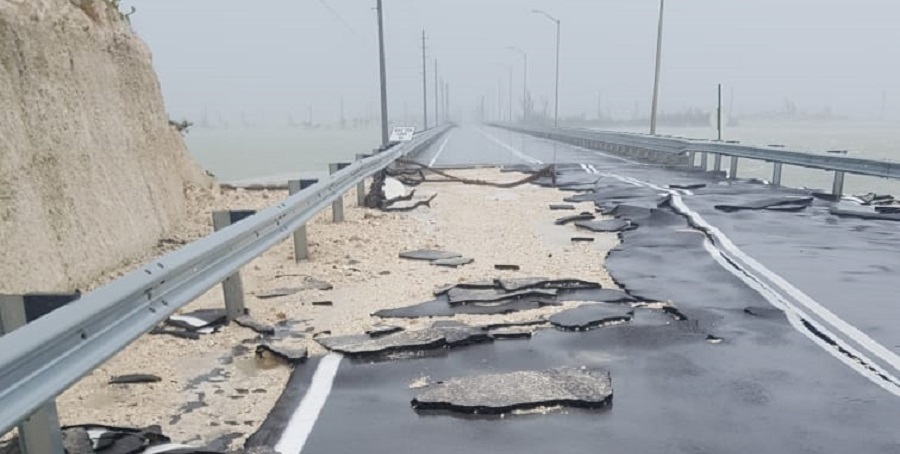 #Bahamas, September 4, 2019 – Help for hurricane ravaged Abaco and Grand Bahama is already on the ground or in touch and the assistance comes from strategic regional bodies which have mobilized plans and people.

“We have deployed into The Bahamas two Rapid Needs Assessment Teams (RNAT); one each to cover the two affected islands.  We are looking at a population of 76-78,000 people or a little bit less.  Fifty-thousand plus of those are on Grand Bahama and 26,000 on Abaco. The team will go in and be looking to do their assessments there.”

Turks and Caicos is a part of the CDEMA Team; the group left on Saturday and includes Director of the TCI Department of Disaster Management and Emergencies, Dr. Virginia Clerveaux.

The Caribbean Public Health Agency, CARPHA on Monday explained the assistance it is offering to The Bahamas as a partner nation.  A representative from CARPHA was in Nassau, Bahamas since Friday.

“CARPHA will add its expertise to the water, sanitation and hygiene (WASH) component of the evaluation.  This includes conducting assessments of the country’s health facilities, and public health systems.   Focus will also be given to environmental health concerns that could further impact human health and wellbeing. These will include water and food safety, chemical and waste management, shelter management and potential for vector borne disease outbreaks,” stated Dr. Joy St. John, CARPHA Executive Director.”

The Caribbean Electric Utility Services Corporation, CARILEC, which is chaired by FortisTCI CEO, Eddinton Powell is on alert and will finalise a response once Bahamas Power and Light, BPL has completed its own damage and need analysis.

“CARILEC stands ready to coordinate assistance for any of its members through the CARILEC Disaster Assistance Program (CDAP). Once the affected utility completes an assessment of the damage and makes a request for assistance, the CDAP Coordinator will send the request to CDAP member utilities and provide logistical support. FortisTCI will make a determination at that time as to the level and nature of its assistance.”

A pre-storm impact data analysis completed by Pacific Disaster Center explained some 76,000 Bahamas residents would have to face a disastrously altered existence once, monster Hurricane Dorian passed through the northwestern islands of Abaco and Grand Bahama.

While this analysis is thorough, no one could calculate the true impact of Hurricane Dorian.  The storm, which formed on August 24, 2019 spewed tornadoes, ripped off roofs, toppled trailers, shredded trees and submerged any and everything it could in its 18-23-foot surge waters.

Hurricane Dorian is also a killer.  Five people in Abaco were confirmed dead by Bahamas Prime Minister, Hubert Minnis on Tuesday.  The injured in Abaco numbered 21, a handful of them, were critically hurt.

There are no figures from Grand Bahama as yet.

The damage is unexpected and unprecedented, but thankfully Hurricane Dorian began to pull away from The Bahamas late this afternoon at around six miles per hour.  It remains a category two hurricane, with 110 mph winds and is still licking the northwestern Bahamas with tropical storm force winds and surges.

The Caribbean Community, CARICOM tweeted on Wednesday that it “stands with The Bahamas at this very difficult time.”