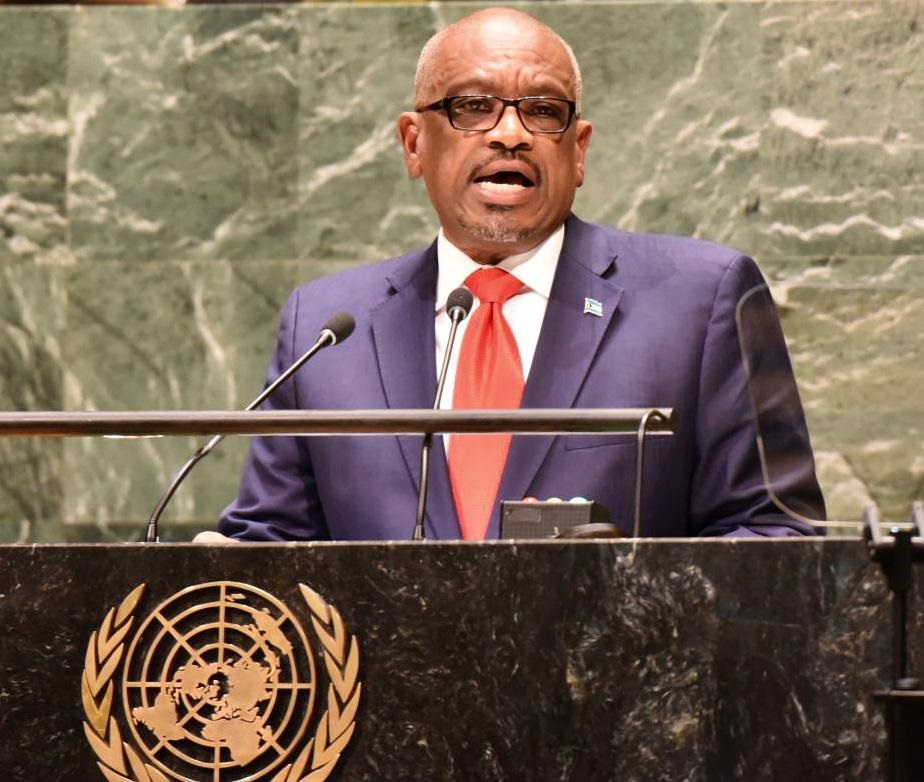 New York City, NY, September 30, 2019 – USA – Prime Minister the Most Hon. Dr. Hubert Minnis urged the nations of the world to treat the global climate emergency as the greatest challenge facing humanity in his address to the 74th United Nations General Assembly.

The Prime Minister’s plea joins the cries and voices of many other world leaders and global citizens and comes almost one month after the Category 5 Hurricane Dorian devastated parts of Abaco and Grand Bahama.

Prime Minister Minnis said that if climate change is not treated with the greatest urgency it will continue to ravage small island states such as The Bahamas and will also have a devastating impact on more developed states.

Prime Minister Minnis would like The Bahamas to be included in the UN Development Program that is already working with three Caribbean countries – St. Lucia, Dominica, and Antigua and Barbuda – on various measures.

For many years, The Bahamas and countries with similar characteristics have urged an alternative to per capita Gross National Income as the sole indicator of a country’s level of development and eligibility for concessionary financing.

“When we call for consideration of a country’s unique local circumstances when determining financial worthiness, this is also a condition and requirement for our resilience,” said Prime Minister Minnis.

“The Bahamas is a testament to the ability of SIDS to manage debt despite such external setbacks.”

Prime Minister Minnis said that in the context of the global climate emergency, he was not only speaking on behalf of the Bahamian people but it was also his responsibility as a citizen of a vulnerable state to speak on behalf of the community of Small Island Developing States; the peoples of the Caribbean and CARICOM; and on behalf of coastal communities and others around the world who are especially vulnerable from rising sea levels and from increasingly powerful storms.

“The small island countries in the Caribbean, in the Atlantic, in the Pacific, and in the Indian Ocean and around the world, are on the frontlines of being swallowed into an abyss, created initially by human activity and increasingly by inaction,” said the Prime Minister.

“Our vulnerabilities as states on the frontline are profound.”

The Prime Minister took the opportunity to invite potential travellers throughout the world to visit one or more of the 14 other major islands in The Bahamas not affected by Hurricane Dorian, including Nassau.

“The revenue from tourists visiting The Bahamas will play a vital role in reconstructing and rebuilding the affected areas,” said Prime Minister Minnis.

The surpassing beauty of The Bahamas and the country’s many low-lying islands and over 2,400 cays are under grave threat, said the Prime Minister.