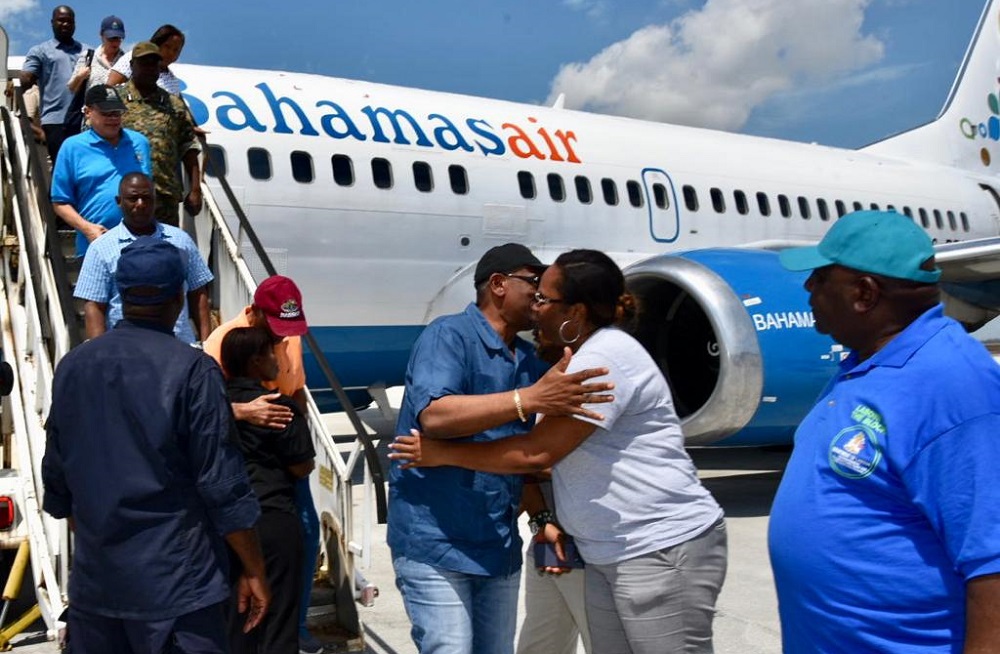 #Freeport, GB, September 10, 2019 – Bahamas – Prime Minister, the Most Hon. Dr. Hubert Minnis said that a national day of mourning must be held in order to properly mourn those who have passed as a result of Hurricane Dorian.

The Prime Minister’s announcement came during a visit to Grand Bahama, where he held a press briefing and was updated by all of the relevant agencies on Grand Bahama as they continued the relief effort on the island, which was severely impacted by Category 5 Hurricane Dorian as it passed through Abaco and Grand Bahama on Sunday, September 1, 2019.

“I will be making a National Address, during which time I will ask for a National Day of mourning and for flags to be flown at half-mast in honor of those individuals who have died during this devastation,” said Prime Minister Minnis.

“I want to extend condolences to those individuals who have lost loved ones.”

The Prime Minister acknowledged nobody could have predicted exactly what kind of devastation Hurricane Dorian would have left behind once it passed over the islands: “But what I can say is that the entire international community is with us. “They have been assisting us from day one. They have made commitments that they will assist us in rebuilding our country.”

He noted that not only was the United States there to lend their support to The Bahamas, but the entire CARICOM community also reached out and offered assistance in the form of monetary assistance, man-power and advice.

Addressing the complaints by many about the decision to close the country’s air space (particularly over Grand Bahama and Abaco), Prime Minister Minnis said that in spite of the criticism, he holds firm to the decision, calling it the right one in the face of the circumstances.  “We wanted to limit the amount of aircraft flying over these islands to humanitarian aircraft only,” said Prime Minister Minnis. “There would have been a lot of negativity regarding that and a lot of people have complained. But we did that because we felt that there would have been too much people using the opportunity to fly over these islands just for sightseeing purposes.

“If that happened, it would first of all, hinder the work of those humanitarian aircraft coming in to assist and deliver aid.  Secondly, because the towers at both Abaco and Grand Bahama are down, having so many aircraft fly over at the same time could have possibly result in midair collision, which would have been another disaster on our hands.”

During the press briefing, the Prime Minister was given a rundown on the efforts being made by various agencies in the restoration process. He also heard from Island Administrators for all of the constituencies in Grand Bahama and how the storm affected their respective communities and the people within them.

“I want to thank you all for the excellent work that you’re doing, because without your support, confidence and ability in the aftermath of this terrible event, the death toll could have been much higher,” said Prime Minister Minnis.

Header: Prime Minister Minnis arrived in Grand Bahama on Saturday, September 7, 2019 for a firsthand view of the destruction caused by Hurricane Dorian.

Insert: Upon his arrival at the Emergency Operation Center, which is tasked with the job of coordinating hurricane relief efforts on Grand Bahama, Prime Minister Minnis took time to speak with some of the volunteers at the EOC.  Left of the Prime Minister is Minister of State for Grand Bahama, Senator Kwasi Thompson.