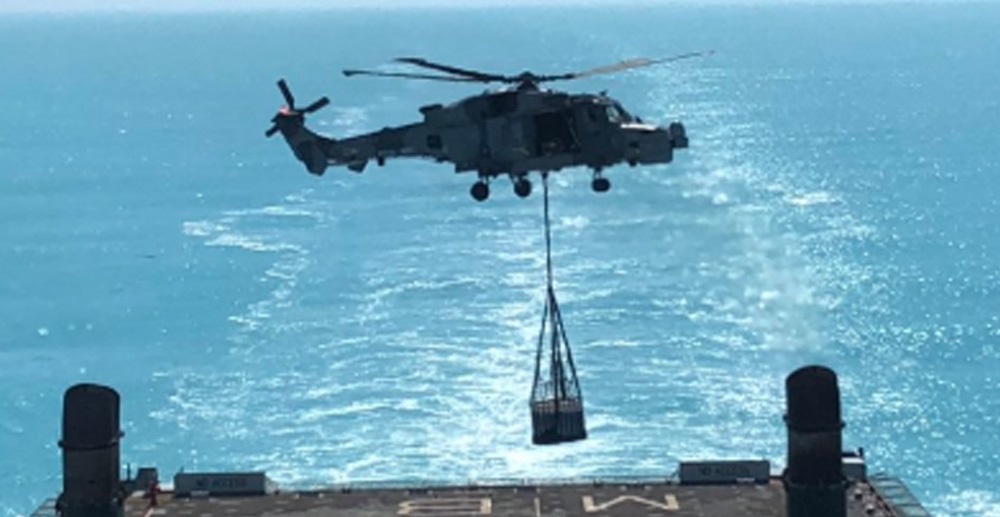 The Wildcat helicopter, operating from Royal Fleet Auxiliary ship Mounts Bay, was flying over Great Abaco Island to assess damage when its crew were suddenly requested to evacuate a casualty from Elbow Cay.

The individual was removed from the rubble and brought back to RFA Mounts Bay to be treated by the team of Royal Navy medics on board. They were then provided with emergency medication before being airlifted to the capital, Nassau.

Surgeon Lt Miles said: “The children were in a poorly condition and required immediate medical care. It was hugely rewarding to use my training and skills to provide essential and immediate life-saving care to this family.”