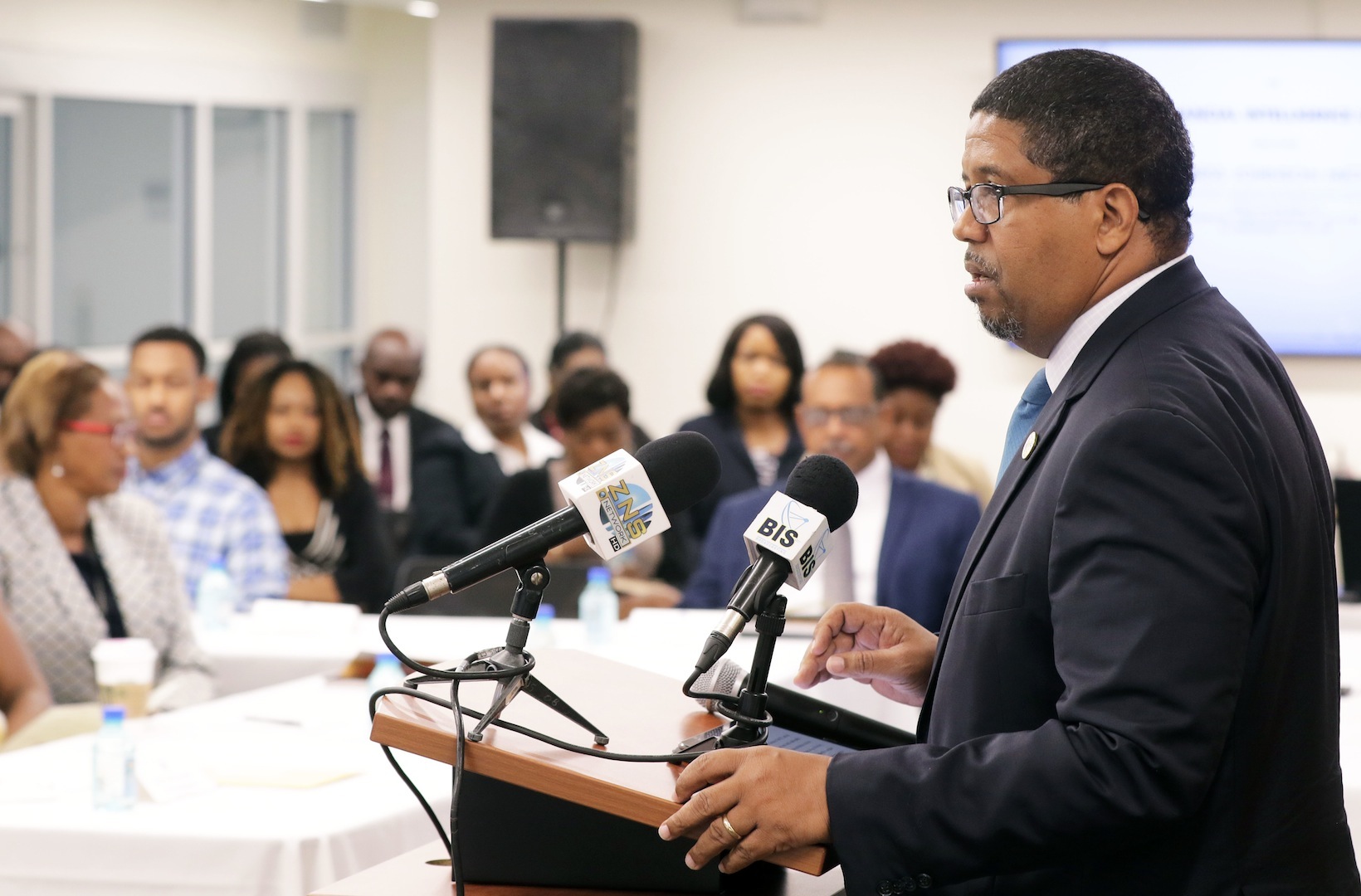 #Nassau, August 29, 2019 – Bahamas – Deputy Prime Minister and Minister of Finance the Hon. K. Peter Turnquest said the government has enacted a significant number of new pieces of legislation, or amended existing legislation, to ensure The Bahamas remains globally competitive in the financial sector.

“In some instances, these have totally transformed the way business is transacted in this country,” DPM Turnquest noted during the Financial Intelligence Unit’s (FIU) Public-Public Partners Forum held in the training room of Poinciana House, Wednesday, August 28, 2019.

“As you are no doubt aware, the Financial Action Task Force (FATF) has been one of the major drivers of change towards the adoption of more stringent rules and compliance standards.”

The DPM said The Bahamas’ financial sector is not only being assessed by the FATF, but the FATF’s standards are being used by other agencies, such as the European Union, the International Monetary Fund (IMF), the World Bank, the United Nations, and others, who all assess the country’s performance as a key player in the global financial system.

DPM Turnquest explained that the M.E.R. involved a comprehensive review of financial industry. “We were assessed based on our compliance with the 40 FATF recommendations, and our effectiveness with implementing these recommendations as mandated by the six immediate outcomes.”

He added, “Since the release of the M.E.R, and our being placed in the ICRG process, The Bahamas has successfully had our compliance rating upgraded for a number of the recommendations and immediate outcomes.  But there is still more work to be done.

“We are optimistic that in the short order we will meet the requirements of those few remaining areas where we did not achieve the requisite standards. Our aim is to, at the earliest opportunity, be released from the ICRG process.”

The DPM noted that The Bahamas has made significant strides in improving its legislation and systems, particularly in the last three years, but it appears that as soon as the country gets closer to meeting the standards, the requirements change.

He said the perception is that the goal posts are often moving. “However, The Bahamas is staying engaged at a high level with our international partners to keep pace with the changes and to shape the future direction that we collectively move towards.”

DPM Turnquest explained that overall, the Bahamas Government supports the adherence to global standards that are applicable to all financial sectors around the world.

He said the entire global system is better protected and safeguarded when everyone maintains a firm commitment to high Anti-Money Laundering/Combating the Financing of Terrorism (AML/CFT) standards.

“Our local stakeholders can feel confident that the Government will remain relentless in our commitment to protect the interests of the local financial services sector and the broader Bahamian economy.

The DPM added, “A critical part of our work, therefore, is to meet and exceed the expectations of FATF and other international organisations, and become a pace‑setter in how the industry is monitored, regulated and policed.”

He explained to the participants that their forum is aimed at bringing greater awareness of the need for mutual cooperation between the industry regulators, law enforcement agencies and other government agencies which play a critical role in the overall AML/CFT fight.

“It is imperative that we all, as heads of the various agencies, work collaboratively to achieve the country’s objectives.”

DPM Turnquest stated, “We must remember that while each of us has a statutory role to play, and the information that we gather is to achieve that objective, this information can also protect the integrity of the financial system and ultimately the people of The Bahamas.”