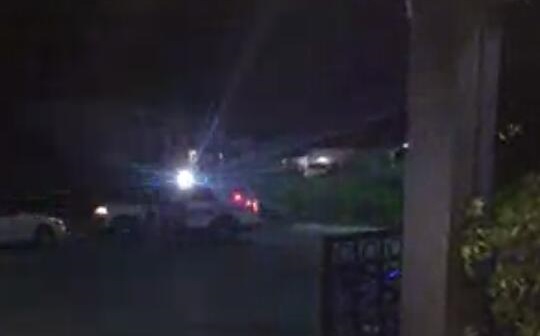 #Providenciales, August 19, 2019 – Turks and Caicos –Three men airlifted with gunshot wounds in under one week from the Turks and Caicos Islands; all transported to Jamaica for continued medical care due to the seriousness of their injuries.  These shootings and a string of other attacks are fueling well-placed concern about the surge in gun and violent crimes.

Mark Fulford, an attorney and activist is commenting.

“Another Sunday, another week gone by riddled with crime, from two broad daylight robberies of business establishments, to a bloody ATM shooting, to two stolen cars, to robbing a lone woman on Bible Street, (for Christ’s sake), to shooting  a good Samaritan who was giving a ride to a hacker, to a man being shot in the head-stiched up and put on a flight, to an all-out rain of bullets like at a man sitting in a car in the parking lot of the infamous Five Dollar Bar.”

He also lambasts country leaders; citing a photo-opp as ill-timed given the past 14 days of brazen, brutal criminal activity.

“In a week where new  Leadership takes the helm of the Police Force, (itself plagued by internal problems, to which one hopes Botting has ears to listen and the head to change from within), we would expect new blood would signal a new approach to policing from Tuesday 13th August 2019 the day after elected officials from Government and  Opposition were seen grinning and posing up with the new executives of the Police Force.

The perpetrators who committed these heinous acts from Tuesday 13th to Saturday 17th August did not take a single day off. They wreaked havoc on our society; displacing and disturbing any sense of the calm, peaceful place we all knew.”

Fulford, who offered for North and Middle Caicos in the General Election of 2016 renewed the call for his crime proposal to not only be implemented.

“I am calling on this new leadership of the RTCIP to try a new approach to crime. There are many solutions that I will like to see implemented, however the top three solutions that can be implemented now to stem crime involves, firstly a confidential Informants program, secondly, organized and routine sting operations, and thirdly, daily Traffic stop, search and seizures.”

New TCI Police Commissioner Trevor Botting has said that a National Crime Strategy, from his desk, is on the way, for Fulford, a business man and family man, ‘soon’ is not soon enough.

“We want our police to exhibit publicly a similar ferocity as the criminals towards hunting down and bringing these perpetrators to justice!”

Fulford details the Threefold Solutions to Stem Crime in an article, which is published in full at MagneticMediaTV.com.

TCI: Fulford renews call for his threefold solutions to stem crime to be implemented