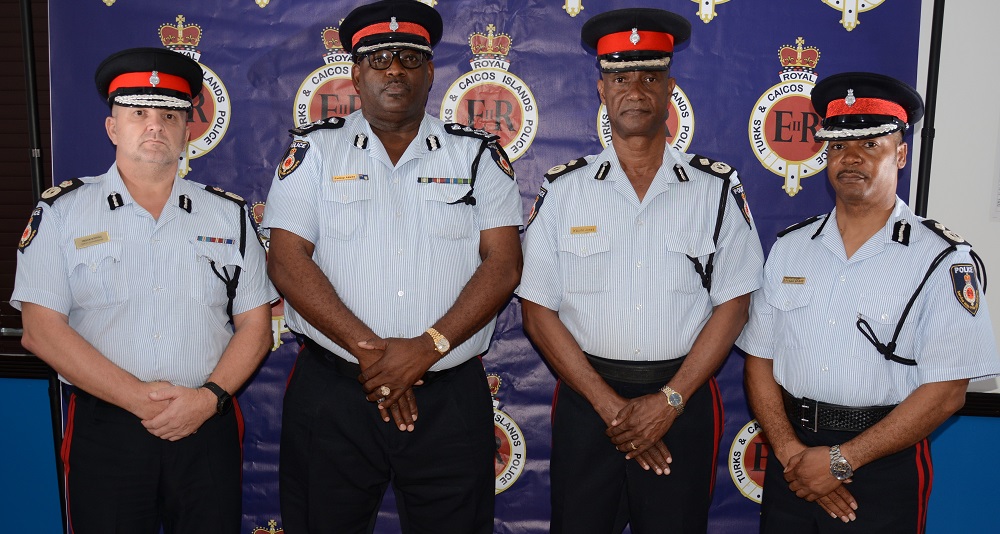 #Providenciales, August 13, 2019 – Turks and Caicos – The New Executive Leadership Team of the Royal Turks and Caicos Islands Police Force (RTCIPF) officially gets to work Monday, August 12th, 2019. This team led by Commissioner of Police Mr. Trevor Botting is tasked with making strategic decisions on all aspects of policing as well as the units that are responsible for finance, Human resources and development, information technology and communications.

Commissioner Botting said he has complete confidence in his new executive team to continue strong leadership and stability needed to move ahead. He added, “I am happy to have an executive team with over 100 years of policing experience collectively; this can only enable this organization to deliver outstanding work during this critical period. I have enjoyed working with this team during my tenure as Deputy Commissioner and I am confident that with their support, we can lead this organization towards greatness”.

There are just over 300 members on the force, sworn and civilian staff.