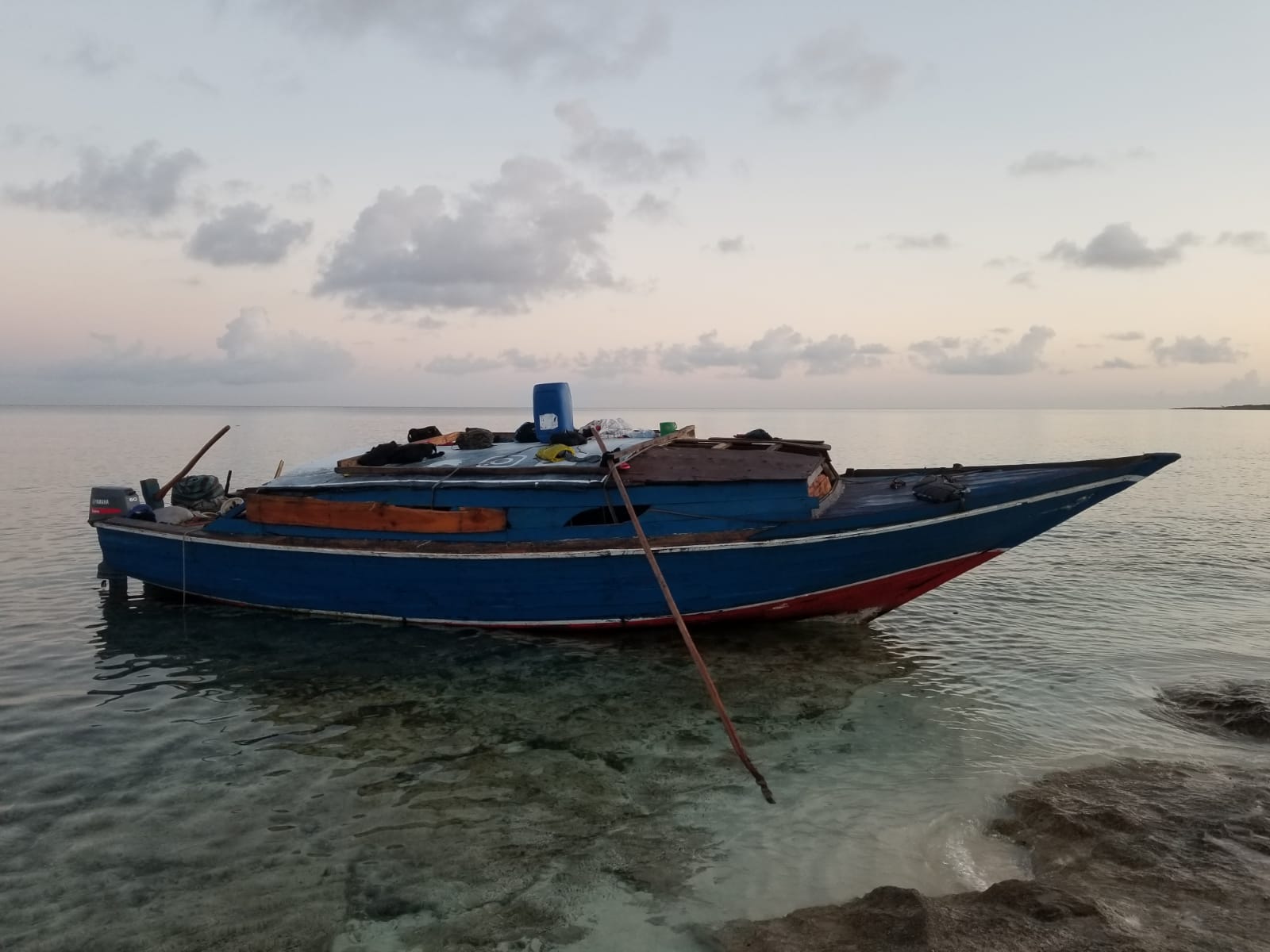 #Providenciales, August 27, 2019 – Turks and Caicos – PA string of crime and grounded flights topped off by an illegal sloop landing put residents on edge, but even more frustrating to those speaking to Magnetic Media was the silence of country leaders.

“By this time, I thought I would have heard something from the Government or the Governor on this situation, but everyone is silent,” was one comment we received over WhatsApp.

Magnetic Media gave updates in its usual WhatsApp blasts which included an armed robbery attack on a businesswoman, fires in Grand Turk and the closure of the JAGS McCartney International Airport which inconvenienced travelers.  The airport was closed due to a lack of fire cover.  Firefighters of the airport fire crew were needed to extinguish what appeared to be a massive blaze at the old clinic building.

“This country got fires one way, robberies the other way, shooting and killing the next way and the INVASION of Haitian immigrations straight up and down the line and NOTHING has been said. It just ain’t right.”

Authorities remained mute on the matters up until late Monday when there were a couple of police reports and Magnetic Media’s cell phone interview with the Governor who confirmed the illegal sloop landing and aimed to shed some light on reports that the Haitian migrants attacked police officers during the interception.

His Excellency Nigel Dakin said there was no attack on Marine Branch police members.

“Good work was done last night shortly after midnight.  Police were vectored onto a sloop in difficult waters in darkness and with fear of capsize.  Police took a risk-based decision not to board the vessel in tow and instead shadowed it.  This resulted in some risking their life by entering the water and others making it to land.”

The sloop was filmed in the waters of Cooper Jack Bay in Providenciales.

One resident of the area wrote, “Lots of dogs barking and cops in the neighbourhood from early morning in Cooper Jack.  Neighbours think it was a boat.  Heard anything.”

That question was posed to Magnetic Media minutes to 7 am on Monday.

It remained unclear to the Governor, at the hour that Magnetic Media interviewed him how many illegal migrants were on board the boat or how many were in custody.

The Police report did not include an approximation of how many illegal people may have landed, nor did it say how many were in custody.  The report confirmed that no one was hurt, no shots were fired and that the boat was spotted around 11:23 pm on Sunday August 25, 2019.

“An operation that was ongoing continues to seek those that entered the country illegally,” said Governor Dakin.

Governor Dakin informed our media organization that Police Commissioner, Trevor Botting will aim to give more detailed information on weekend events, crime overall and coming strategies to tackle it on a radio talk show this morning.

Magnetic Media confirmed that Commissioner Botting will appear as guest TODAY on ‘Financially Speaking’, which is hosted by Drexwell Seymour and aired on Radio Turks and Caicos (89.1FM); the show is at 11 am.