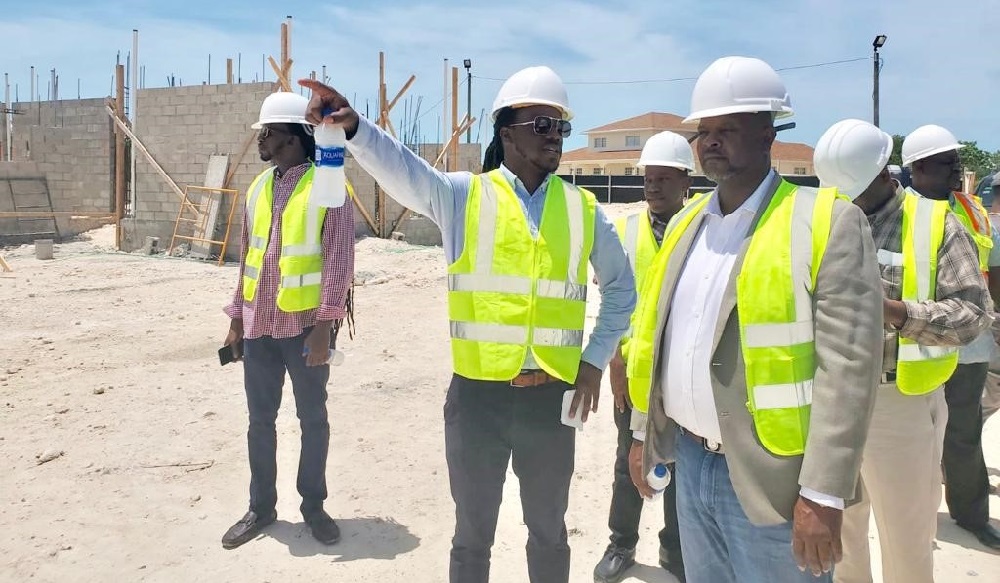 #Providenciales, August 12, 2019 – Turks and Caicos – On Monday, August 5, 2019, The Deputy Premier and Minister of Infrastructure, Housing, Planning & Development, Hon. Sean Astwood, performed Walk Through Inspections of ongoing TCIG projects overseen by the Public Works Department. The purpose of these inspections was to ascertain the progress of the various projects and to assess whether the projects are expected to be completed by estimated timelines.

Resolute to increase the performance and timely out put of the Capital Projects Programs site walk throughs commenced with visits to the Road Development Phase 4 projects, which is comprised of roads in Blue Hills, Wheeland, and Five Cays. After assessing the work performed on Lot 1 Laney Lane, in Wheeland, it was determined this project should be completed by the end of the week, and the Tumpa Ave. road project in Blue Hills is still scheduled to be completed early September 2019.

The Contract includes the road to the radar station which is 95% Completed, Granny Hill and Matilda Way. Also the removal of derelict vehicles within the area of the Project. This project commenced in April 2019 at a cost of $1.3 M and is scheduled to be completed in September 2019.

The second site inspection was the School Infrastructure Project Phase 1 – Repairs and Upgrade to the Oseta Jolly Primary School, in Blue Hills, Providenciales. This project has an approximate cost of $1.8 M. The project commenced in February 2019 and is scheduled to be completed in February 2020.

The Deputy Premier also inspected the School Infrastructure Project Phase 2 – which is comprised of Construction of the New Early Childhood Block. This project is also within the grounds of the Oseta Jolly Primary School. The project has an approximate cost of $1.5 M. The project commenced in June 2019 and is scheduled to be completed in June 2020.

The Deputy Premier and team, then performed site walk throughs on another project included in the School Infrastructure Project Phase 2, which are repair works to Clement Howell High school. This project is estimated to cost approximately $700k. The project commenced in July 2019 and is scheduled to be completed in April 2020.

The Deputy Premier and Team then visited the newly completed EMS (Ambulance) Base, on Leeward highway. This project was recently completed ahead of schedule at a cost of approximately $140K. The Keys are to be officially handed over to users this month.

The Walk-Through Site visits ended with the intricate inspection of the New Providenciales Primary School, in Long Bay, Providenciales. This project has an estimated total cost of $4.7 M. It originally commenced in September 2018, the project was stopped for a brief period due to a legal challenge but recommenced in February 2019, it is on schedule for completion August 2020.

The Deputy Premier was pleased by progress of the ongoing works viewed during the walk through site visits and has committed to getting timely progress reports and seeing all the projects through to fruition.