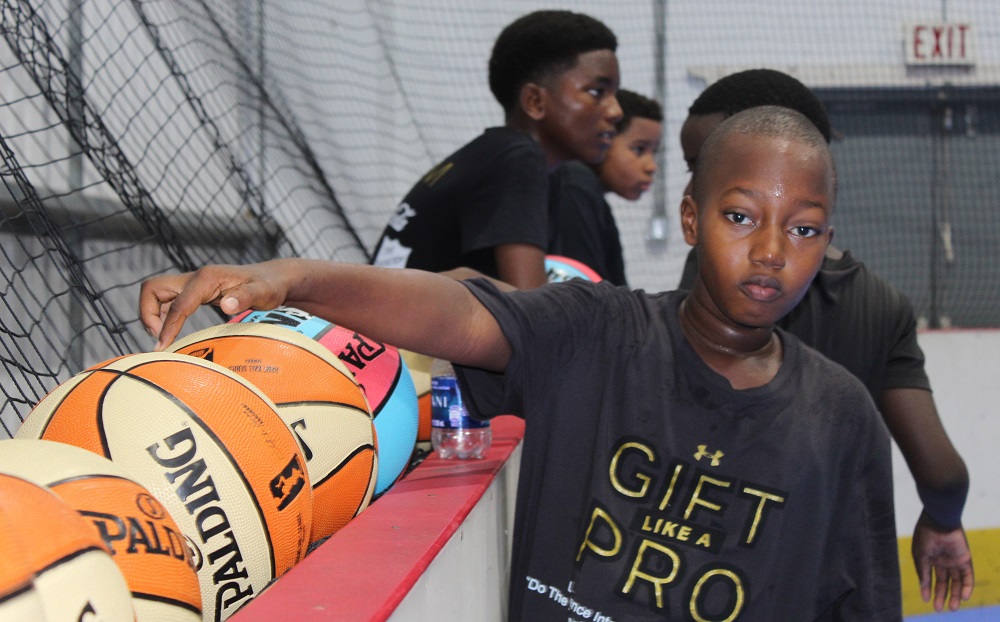 #Providenciales, August 10, 2019 – Turks and Caicos – When they entered the Graceway Sports Center for the five-day Celebrity Basketball Camp, our boys were thinking competition, but by the time they left they were taught the value of camaraderie.

For the Turks and Caicos Islands, in this season when young men are falling prey to crime, this assessment and accomplishment was powerful and needed.

It is what the professional athletes and coaches, who supported this specific community project through Lawrence International Inc foundation, were aiming to demonstrate and teach and boys we spoke too following the camp say they are inspired to do the impossible.

“When you leave here, you need to understand that you can do the impossible. First day was ‘believe’, second day was ‘You Can’, third day was what?  Composure!” said founder of Lawrence International Inc, Matthew Lawrence, who is a former NFL player.

Lawrence was giving a final talk to the boys, who were attentively looking on and able to recant those daily mantras, on cue.

Qatari Basketball League player, Dominic Wright also had parting words for the 55 boys ranging from ages 10 to 18 years old. “You guys were struggling on day one, everybody was struggling but today, you’re clean.  Form was right, energy was right, team work was right, y’all were clapping each other up. It was beautiful.  This does not stop here.  Continue, these drills are not just drills; they are ways to daily work on your game.  If that’s what is important to you, do it!”

From Golden State Warrior Damion Lee, the young men were reminded about their technical improvements, told they are leaders and were described as the future of basketball.

With Turks and Caicos Sports leaders looking on, the exchange was authentic and drew applause and got countless nods of approval.

Resident coach with Lawrence International Inc, Donnel Dobbins, put a fitting finish to the pep talk with: “The camp was successful because of the improvements.  Everybody got better, every day.  And that’s not just at basketball.  I saw better attitudes, I saw better personalities, I saw better leadership and those are qualities that take you not only through in basketball, but through life.  This is about building better people, not better basketball players.”