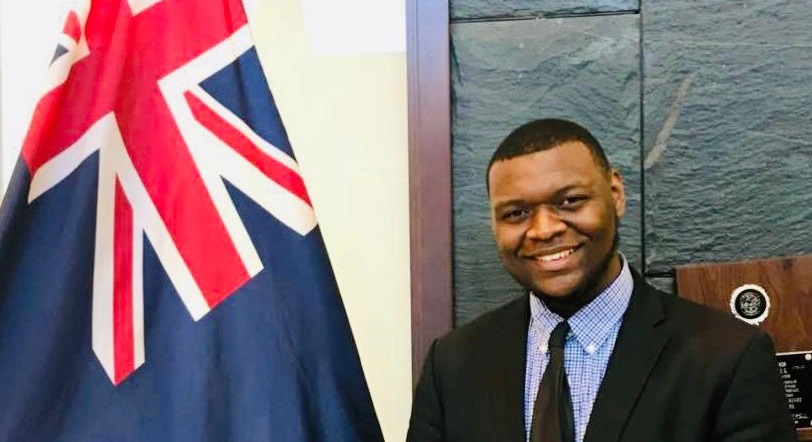 #Providenciales, August 8, 2019 – Turks and Caicos – The Turks & Caicos Tourist Board welcomes Layton Lewis to its team as Marketing Officer in the Canada Office. Layton Lewis was born in Grand Turk, Turks and Caicos Islands where he received his primary education at the Ona Glinton Primary School and secondary education at the Helena Jones Robinson High School. He later matriculated at the Turks & Caicos Islands Community College and graduated in 2015 with an Associate Degree in Business Studies.

While at the Turks & Caicos Islands Community College, Mr. Lewis was recognized as a leader among his peers and was elected to the Student Body Government as Secretary (2013-2014) and later as Vice President (2014-2015).

Mr. Lewis’ educational journey continued at Mount Saint Vincent University in Halifax, Nova Scotia in the fall of 2015. During his tenure at MSVU, Mr. Lewis was an active volunteer with charity organizations including “Shinerama” where he assisted with fundraising initiatives. Mr. Lewis served as Public Relations Officer for the Caribbean Society and also became the awardee of the Pacrim Hospitality Services Inc. Endowed Travel Award for the Tourism and Hospitality Management Degree. In spring 2019, Mr. Lewis graduated with a Bachelors Degree in Tourism and Hospitality Management.

Commenting on the appointment, Acting Director of Tourism Mary Lightbourne said; “I am pleased to welcome Mr. Lewis and congratulate him on his appointment as Marketing Officer. Mr. Lewis brings invaluable experience and diverse skills to our talented team. He will be a tremendous asset to the Turks & Caicos Tourist Board as we expand our efforts and strategy in the Canadian market. Mr. Lewis joins Rosemarie Wilson, Marketing Manager for Canada, and together they will work to further strengthen the Tourist Board’s marketing capabilities in line with our key performance indicators, as the board continues its mandate of promoting the destination globally”.