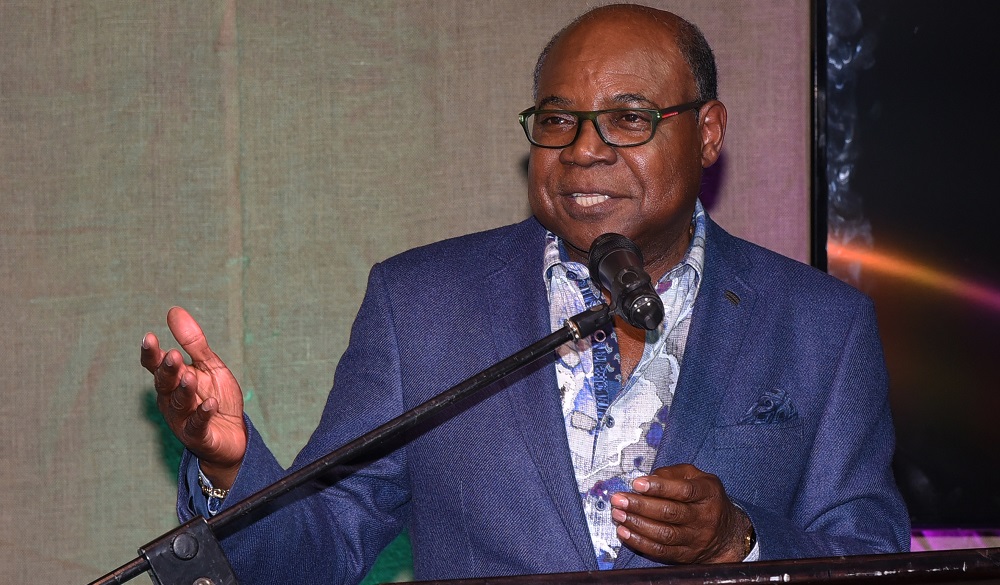 Among the interventions he is proposing, is the development of a comprehensive scientific initiative to devise the most efficient way to collect sargassum in the open sea without harming the ecosystem.  He was speaking at a regional roundtable forum at the University of the West Indies Regional Headquarters in St. Andrew on Friday (July 26), under the theme: ‘Sargassum and the Caribbean: Resilience, Innovation and Solutions’.

Mr. Bartlett noted that “masses” of sargassum, which have washed onto beaches along the Caribbean Sea, the Gulf of Mexico and the tropical Atlantic, have smothered coral reefs, and trapped several species of marine life.

Additionally, he said the influxes have adversely impacted tourism, fishery and nautical activities such as diving, kite surfing and windsurfing, which have contributed to, among other things, economic instability within coastal communities dependent on these engagements.

Mr. Bartlett further pointed out that sargassum has destroyed colonies of mangroves which has, in the process, contributed to the demise of turtles and fish species, and impacted human health due to decomposition of algae and the release of hydrogen sulfide.  He said the Caribbean has been experiencing “colossal influxes” of sargassum over the last nine years.

The Minister noted that the onset began in 2011, continued in 2014 and 2015, but reached unprecedented levels in 2018, with more sargassum affecting the Caribbean for a longer period of time than previously observed.

Mr. Bartlett said the sargassum phenomenon is believed to be driven by a combination of man-made and natural factors.  These, he indicated, include: climate change and increased sea surface temperature; change in regional winds and ocean current patterns; the increased presence of Saharan dust; and nutrients from rivers, sewage and nitrogen-based fertilizers.

Experts have warned that sargassum influxes will become the new norm which, if not dealt with urgently, will cause irreversible long-term damage.

“Currently, a mass of sargassum algae, measuring 550 kilometres in length, roughly the same size as Jamaica, is affecting the Mexican Coast and stretches all the way south along the Yucatan Peninsula to Belize,” the Minister informed.

He said that sargassum influxes have been having adverse effects on national and regional economies with substantial loss of livelihoods and economic opportunities, primarily in the fisheries and tourism sectors over the last eight years.

“It has already been estimated that tourism has dropped as much as 35 per cent as a consequence of sargassum algae washing up on a 480-kilometre-long stretch of otherwise pristine Caribbean beaches,” Mr. Bartlett said.

He pointed out that colleague Tourism Ministers and industry stakeholders across the Caribbean have voiced growing concern about the seaweed’s unsightly appearance, visitor complaints, the cost of removal, and the possibility of reputational damage.

Citing a Caribbean Hotel and Tourism Association survey, Mr. Bartlett said in recent months, some reginal establishment have been receiving queries and cancellations from prospective guests.

Some hotels directly impacted by sargassum are also incurring huge costs for cleaning up and other related activities. In 2018, the estimated clean-up cost was US$120 million.

Studies show that while sargassum is an essential habitat for some species of fish and invertebrates and provides shelter and food for sea turtles and commercially important fish like tuna, excessive quantities can result in beach erosion and negatively impact marine life.

The seaweed merges into large mats and is transported by ocean currents towards the Caribbean, washing up on beaches throughout the region.  As it accumulates and decomposes on the seashore, it becomes highly pungent and attract insects.

The regional round table forum was hosted by the Global Tourism Resilience and Crisis Management Centre.  Its participants included leading experts on the subject matter, who share knowledge and best practices on how to treat with sargassum.