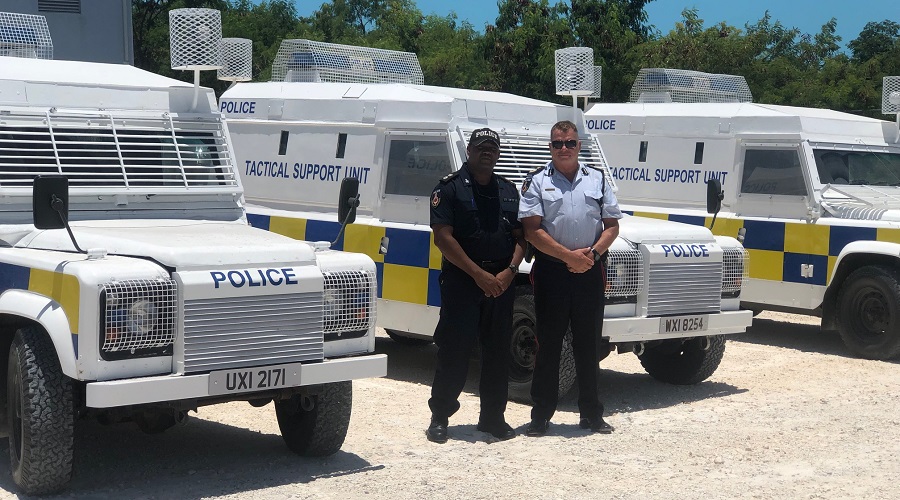 #Providenciales, July 19, 2019 – Turks and Caicos – The Royal Turks and Caicos Islands Police Force received three armoured vehicles. The process of acquiring the new vehicles has taken about 18 months according to Commissioner of Police Mr. James Smith.

Commissioner Smith said the armoured vehicles are needed in situations that have the potential to cause significant harm to the public or police officers.

He added, “We have just taken delivery of three fully armoured land rovers that we’ve purchased at a very affordable price, with the assistance of the private sector, from the Police Service of Northern Ireland. These vehicles can withstand the most serious weapons in this country. They also have bomb blast protection and when you look at them you can see that they can go anywhere in any conditions. In some of our most challenging areas, our officers can now patrol with complete safety, in the event that someone fires a shot at them, they would be able to respond very effectively”.

All tactical officers will be trained on the new armoured land rovers.