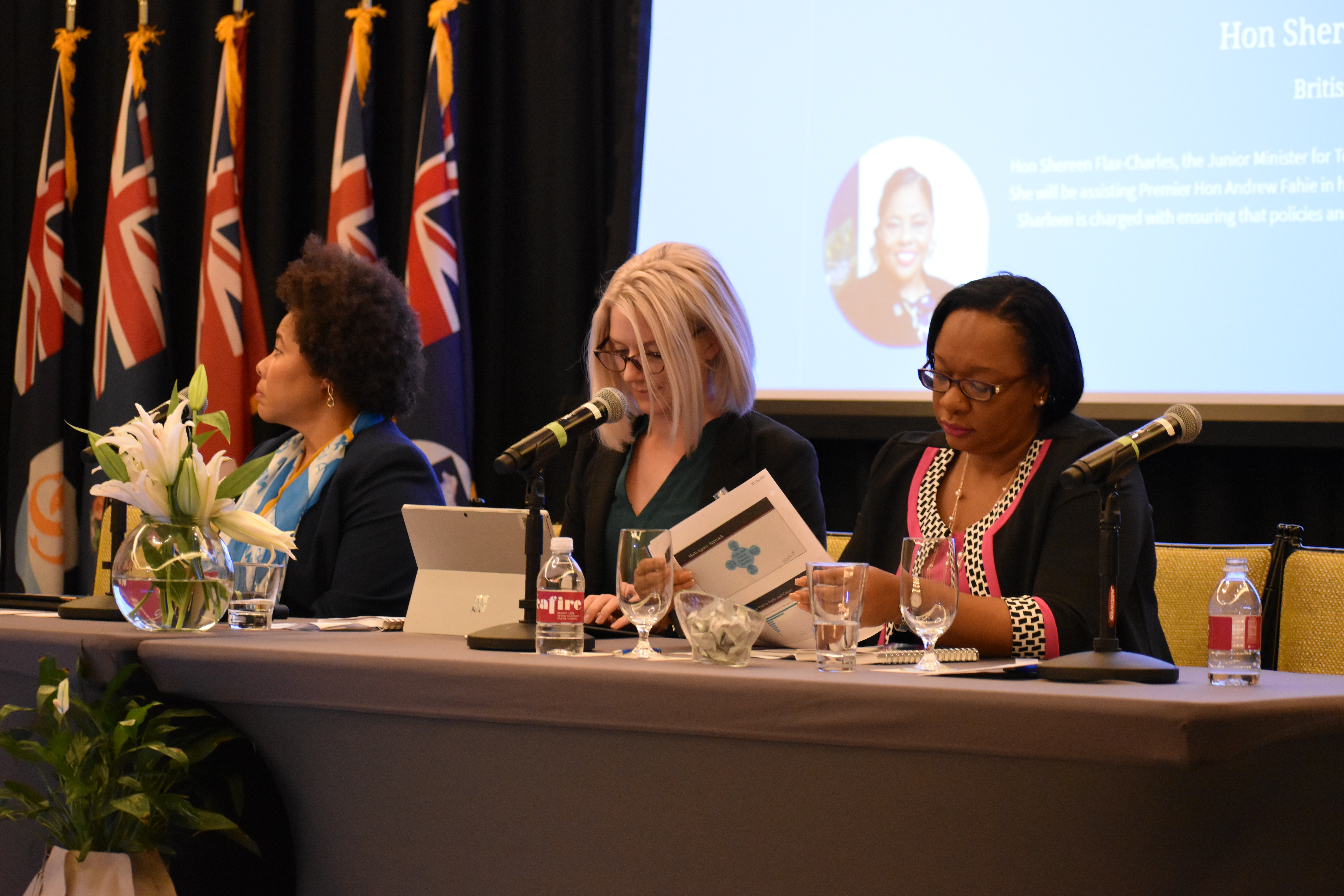 Grand Cayman , July 4, 2019 – As part of the annual Pre Joint Ministerial Council Meeting held in Grand Cayman, The Cayman Islands Government along with the UK Overseas Territories Association (UKOTA)and UK Government hosted a two-day International Trade Summit. Delegations from all British Overseas Territories including the Turks and Caicos Islands, members of the Cayman Islands Government and the Minister of State for the Foreign Commonwealth Office, Lord Tariq Ahmad were in attendance.

The Trade Summit featured panel discussions on Fintech, Tourism, Healthcare Opportunities and Blue Economy among other topics.  There were two main objectives for the summit:

The Premier and Minister for Finance was invited to the Summit to make presentations during two of the panel discussions speaking specifically on trade opportunities in the Turks and Caicos Islands for Luxury and EcoTourism and Healthcare Opportunities.  Member of the TCI delegation and CEO of Invest Turks and Caicos, James Bursey was invited to attend the conference and made a presentation as well on the Commonwealth Enterprise Investment Council (CWEIC).

The information presented was very well received. OTs shared information on successful trade Opportunities and working trade and investment models that have been implemented and effective in the various territories. On the final day of the summit BOTs pledged to improve their working relationships and discussed an association between BOTs and the Commonwealth Enterprise Investment Council.

The summit was held at the Kimpton Seafire Resort in Grand Cayman on June 27- 28th 2019. The TCI delegation consisted of the Premier Hon. Sharlene Cartwright-Robinson; CEO of Invest Turks and Caicos, James Bursey; Executive Director for the Office of the Premier, Local Government and Community Affairs, Ronlee James; Deputy Permanent Secretary for the Ministry of Finance, Arthur Been; Head of the TCIG London Office and Consular Officer, Tracy Knight and Kimo Tynes; and Communications Coordinator with the Office of the Premier, Nadidja Parker.

Premier Cartwright-Robinson returned to the TCI on Saturday, June 29 2019.