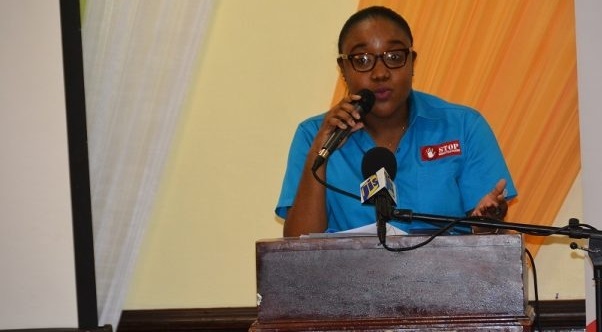 #Kingston, July 28, 2019 – Jamaica – On Tuesday, July 30, Jamaica will join other countries across the world to observe World Day Against Trafficking in Persons, under the theme ‘Human Trafficking: Call Your Government to Action’.

Trafficking in persons has been identified in Jamaica, with cases of forced labour, sexual exploitation and domestic servitude in men, women and children.  Jamaicans have also been victims of human trafficking in other countries in the Caribbean and around the world.

Chenee Russell, said the theme for this year is focusing on the importance of government action in the interest of victims of trafficking.

“But the call to action is not only to governments, as everyone is being encouraged to take action to prevent this heinous crime,” Ms. Russell said.

She informed that the National Taskforce Against Trafficking in Persons (NATFATIP) will be undertaking a series of sensitisation sessions and mounting information booths in various ministries, departments and agencies to inform and educate persons about human trafficking.

These include the Ministry of Health and Wellness; Ministry of Labour and Social Security; Ministry of National Security; Ministry of Foreign Affairs and Foreign Trade; Passport Immigration and Citizenship Agency at the Norman Manley International Airport; Attorney General’s Chambers; Child Protection and Family Services Agency offices across the island; Victim Services Division; Centre for Investigation of Sexual Offence and Child Abuse; and the Planning Institute of Jamaica.

The NATFATIP was established in June 2005 as a multi-agency approach to enhance national capacity and to develop and implement Jamaica’s legislative, institutional and operational response for combating trafficking in persons.

Its core emphases are the prevention and suppression of Trafficking in Persons; the prosecution of offenders; as well as the protection and provision of assistance to victims of trafficking.