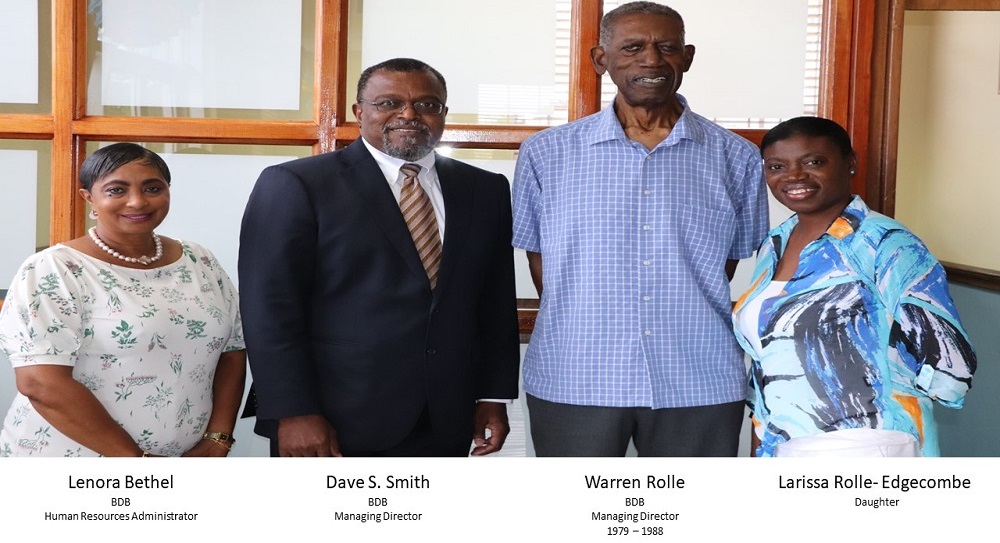 #Nassau, July 31, 2019 – Bahamas – Warren Logan Rolle has the proud distinction of being the first Managing Director of The Bahamas Development Bank, a position he held for ten years, 1978 to 1988. Mr. Rolle entered the Bank with an extensive amount of experience and professional skills.

Mr. Rolle was born on the 13th of August 1940, in the settlement of George Town, Exuma. From an early age, he had a keen understanding on the importance of education and began to pursue his dream to become an Accountant. In 1968, Mr. Rolle received a Government bonded scholarship to pursue his studies in Yorkshire, England, where he became a member of the distinguished Association of Certified Accountants.

The Bahamas Development Bank (“BDB”) in concluding its 40th Anniversary celebrations established “The Warren Logan Rolle Apprenticeship Program”. The Bank will offer a scholarship to a Bahamian student to pursue a Bachelor’s Degree at the University of the Bahamas (“UB”) under the program. The apprentice must be a twelfth grade graduate with a High School Diploma, with a minimum high school GPA of 3.00 and obtained acceptance to the University of The Bahamas. The apprentice must select a business related major such as, Accounting, Finance, Business Administration or Economics as their field of study at UB. The Program is set to commence August, 2019. Interested persons should obtain an application by emailing wlr.apprenticeship@bdb.gov.bs.