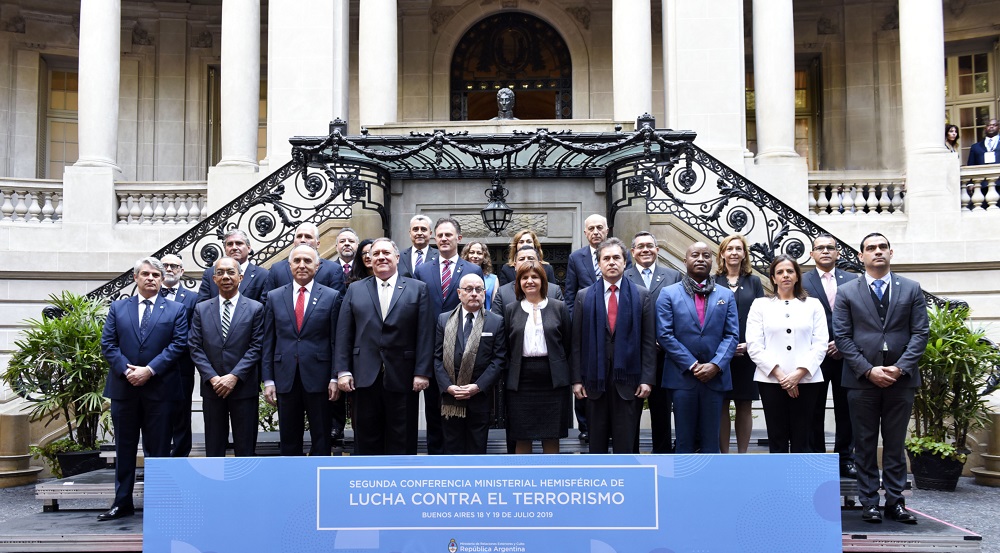 Participants in the Conference included Ministers of Foreign Affairs and competent national authorities in the field of counter-terrorism.

The Hon. Minister delivered a statement during the general debate segment of the Conference, which focused, inter-alia on: The Bahamas’ commitment to safety and security: domestic legislation regarding counter-terrorism: and the importance of multilateral partnerships in the fight against counter-terrorism.

The Conference concluded with the adoption of the Buenos Aires Declaration Against Terrorism, followed by a press conference.

In the margins of the Conference, delegations attended a memorial service in honour of victims of the attack on the Argentine Israelite Mutual Association (AMIA) which took place on 18th July, 1994 at its Headquarters.

While in Buenos Aries, the Hon. Darren A. Henfield also engaged in bilateral talks with the Hon. Michael R. Pompeo, US Secretary of State.  Topics of interest discussed, inter-alia, included the situation in Venezuela, China’s engagement in the Region and U.S.-Caribbean economic and security cooperation in the context of the Caribbean Basin Security Initiative (CBSI).