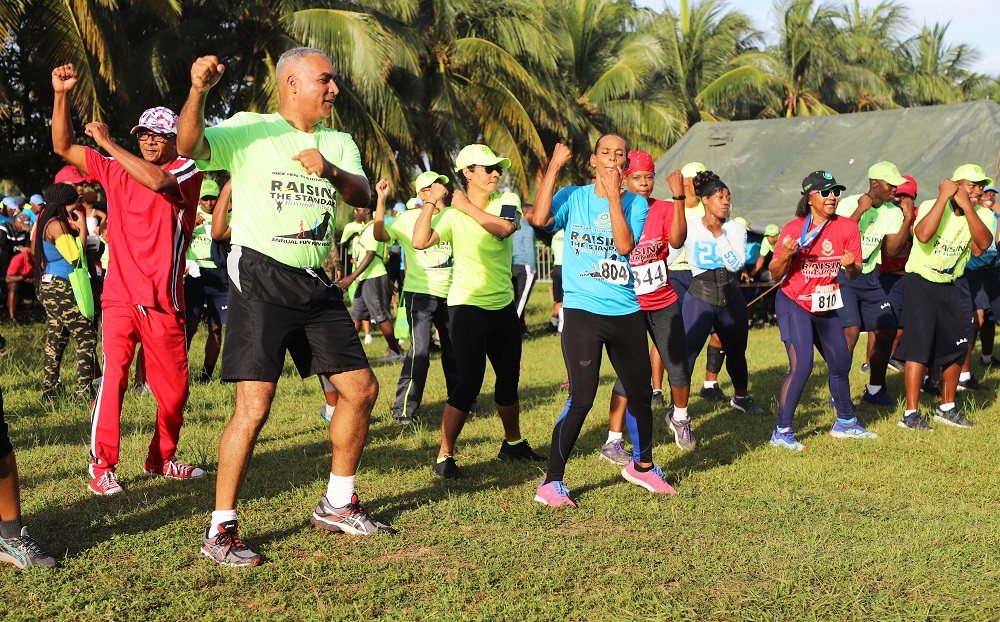 Coral Harbour Base, July 2, 2019 – Bahamas – Mackey Williams and Branae Coakley were the first male and female runners to cross the finish line on Saturday past at the Royal Bahamas Defence Force’s annual Fun Run/Walk and Health Fair at Goodman’s Bay.

Under the theme “Raising the Standard Through Fitness,” scores of runners and walkers came to participate in the event, which is one in a part of a series of Health and Fitness activities by the Defence Force for the month of June.

Numerous winners and runner-ups in various age categories were awarded medals and trophies after the race, which began at Goodman’s Bay and took participants along the corridor of Cable Beach.

Commodore Tellis Bethel and Captain Adrian Chriswell presented the winners and runners-up with their awards. He commended the Defence Force’s Training Department led by Senior Lieutenant Origin Deleveaux for organizing a successful, and Chief Petty Officer James Darling, event organizer and the sporting committee members for a fun-filled event.