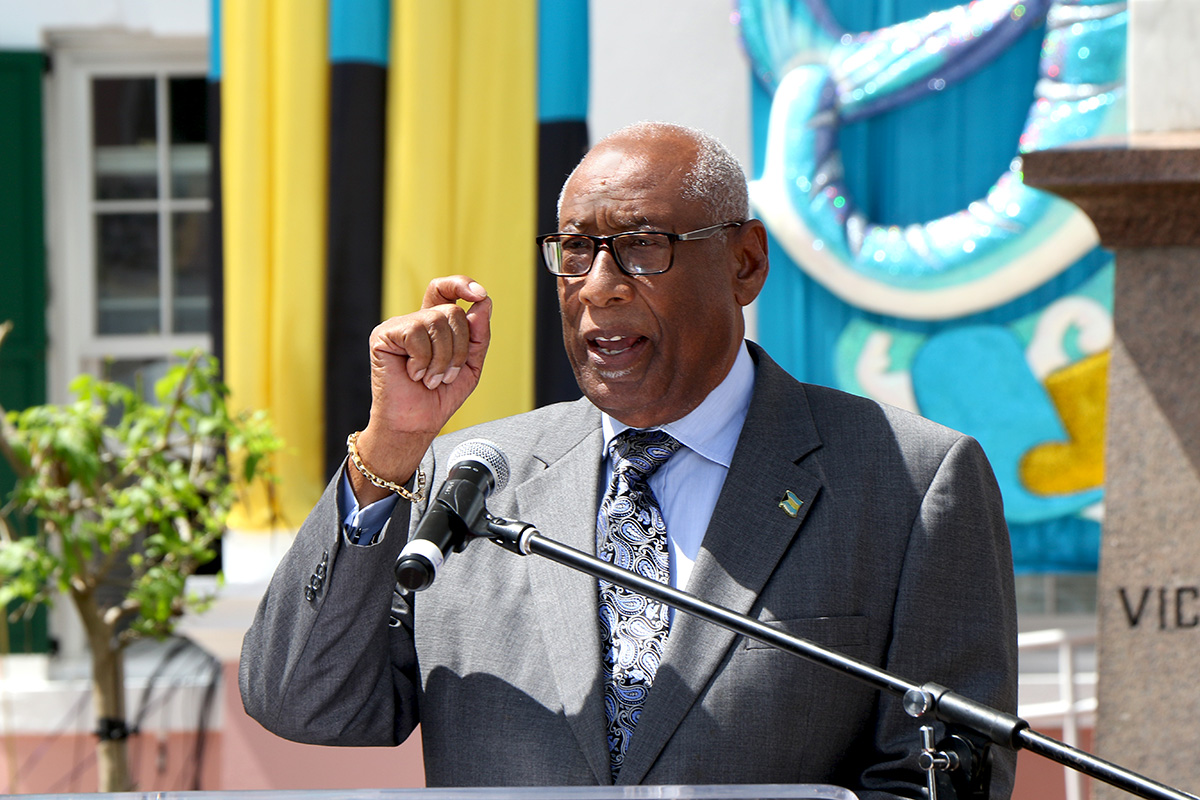 #Nassau, July 6, 2019 – Bahamas – All measures should be taken to ensure that love and unity are the prevailing themes in The Bahamas. This was the message of Governor General, His Excellency the Most Hon. Cornelius A. Smith at National Pride Day festivities to launch the 46thAnniversary of Bahamas Independence celebrations, July 5, 2019.

“Though we are many islands, we are one nation,” said His Excellency. “We, therefore, need to live in brotherly love and find ways to eliminate divisiveness. We should find ways to preserve our legacy of hospitality by rejecting things that divide us and commit to the spirit of love and abiding respect for our fellowman.”

A Flag Raising ceremony in Rawson and Parliament Squares was at the centre of the programme – simultaneous with similar ceremonies through the archipelago.  In attendance were cabinet ministers, senior government officials, youths from a cross-section of organizations, and Bahamians from throughout the country.

The Governor General said that despite its size, The Bahamas is considered to be a major player in the world. He made an appeal to Bahamians who live and work abroad to come together and promote national pride especially at this time as the county celebrates its 46th Anniversary of Independence.

“Commit to serve with passion and excellence, show love and demonstrate unity by showing mutual respect for one another,” said His Excellency.

Header: His Excellency the Most Hon. Cornelius A. Smith, Governor General, addressed the Official Launch/National Pride Day Ceremony of the 46th Anniversary Independence Celebrations at Parliament and Rawson Squares, on Friday, July 5, 2019.

Insert: His Excellency the Most Hon. Cornelius A. Smith, Governor General, raised the Flag at Parliament and Rawson Squares during the Official Launch/National Pride Day ceremony of the 46th Anniversary Independence Celebrations, July 5, 2019.