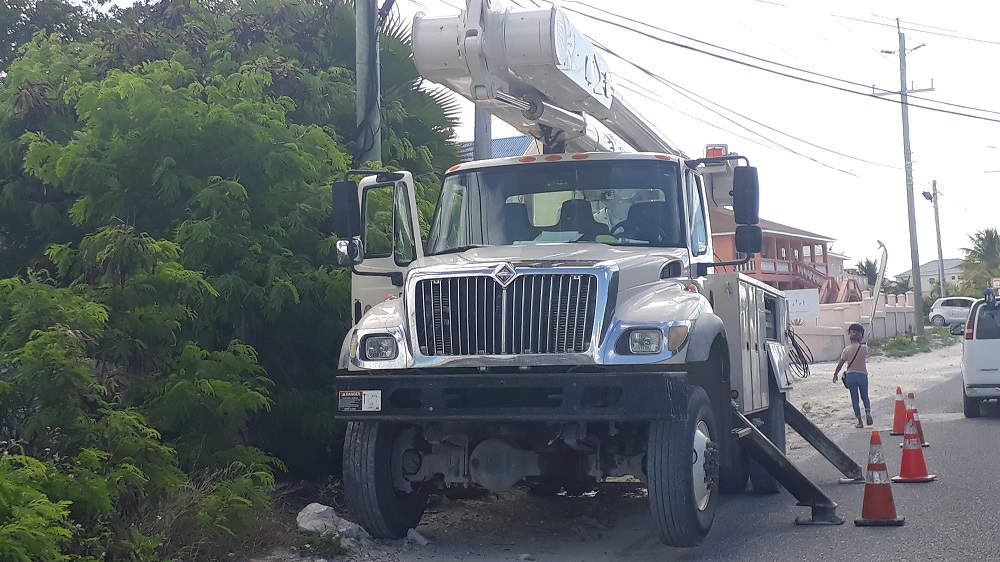 #Providenciales, June 5, 2019 – Turks and Caicos – sA technical fault at the power plant is what FortisTCI in the wee hours of Wednesday morning explained was behind an extended, uncomfortable power outage; the blackout still ongoing for many residents and visitors to the Turks and Caicos.

“There is a technical fault at the power plant that the team is working to resolve. Service is restored to all areas, with the exception of Grace Bay, Leeward, and Leeward Palms. Attached is the most recent notice we issued to customers,” said Talisha Simons, FortisTCI Public Relations Director.”

Tourist district Grace Bay, Leeward Palms and Leeward are up to press time still without electricity and for thousands more, the power was restored around 2 a.m. People are demanding an explanation from the country’s lone power supplier about what happened and why.

Tuesday evening’s power outage followed a black out earlier in the day.

FortisTCI had reported that all electricity in the first blackout was restored by 10:37 a.m. and that preliminary investigations revealed a technical fault at the main power plant caused the outage which impacted Providenciales, Pine Cay, Middle Caicos and North Caicos.

The problem at the plant is obviously very serious but specifics on what caused the “technical fault” are not yet explained by FortisTCI.

Tuesday temperatures were forecast in the high 90°F; with an AccuWeather RealFeel© of over 100°F. In its most recent media release, FortisTCI estimates electricity will be restored to Leeward, Leeward Palms and Grace Bay around 3 p.m.