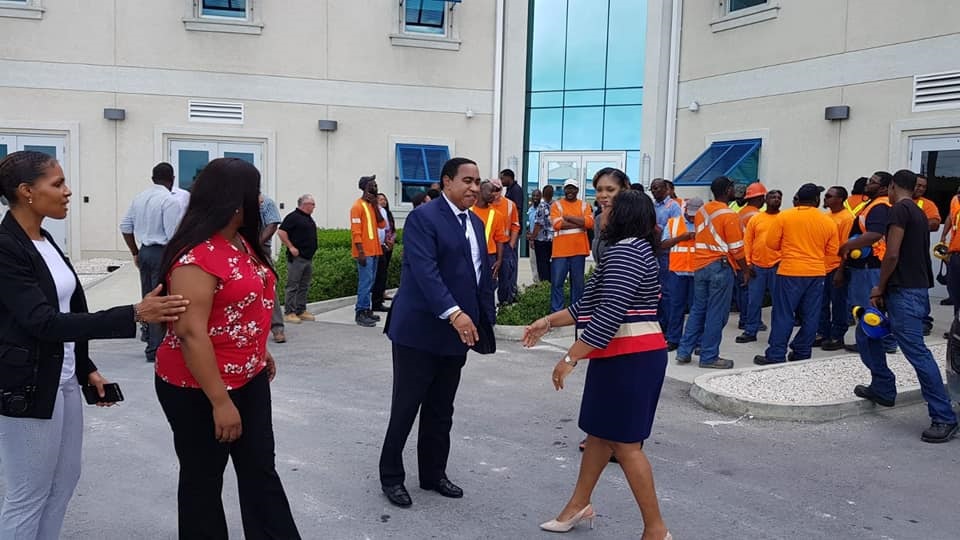 #Providenciales, June 14, 2019 – Turks and Caicos – There were salutes to hospitality industry professionals, hotel and resort operators, the TCI Airports Authority team and the FortisTCI crew which worked with guests and to restore electricity after a severe black out crippled Grace Bay for 24 hours on June 4 and June 5, 2019.

“I regret the experience that tourists endured and I am pleased that the Resorts and those tending them did everything in their powers to ensure the comfort of our visitors as much as possible. I pause also to salute the workers in the Hospitality industry who too would have played an instrumental role in guest comfort. We appreciate the difficult circumstances that persons would have found themselves in and without answers. We thank you for your commitment to professional and courteous service,” said premier Sharlene Robinson on the official Facebook page of the Office of the Premier.

Premier Robinson threw her confidence behind FortisTCI as a reliable utility company.

“I expressed my sincerest gratitude to the hardworking men and women who worked around the clock to troubleshoot and eventually restore the electricity to all areas. Their efforts at times go thankless but as Premier, I salute them for carrying out their task efficiently and effectively. We are pleased that no one was hurt during the carriage of duties and continue to wish them well.”

Chairperson of the Turks and Caicos Islands Tourist Board, Adelphine Pitter joined the Premier on the visit to FortisTCI and to over a dozen resort properties affected by the power failure.

“Also on Thursday, June 5th 2019 Mrs Pitter and I visited some 14 Resort properties along the Grace Bay strip in Providenciales that were impacted by the power outage. We had the opportunity to speak with management and staff as well as interact with a few guests and we are pleased with efforts during what could only be described as a difficult time.

The airport was also affected by the prolonged power outage.

“Finally, as a result of the blackout the TCI Airports Authority also met a challenge that was quickly rectified causing only a short delay in flight operations. I salute the Team there at the Airports Authority and say again as I said to you: job well done!”

FortisTCI explained that the failure of two switches at the main power plant led to the first short-lived and then a second, prolonged electricity outage.  The second switch, which was out of commission for nearly 24 hours and called a “critical path switch” is what feeds electricity to the Grace Bay Substation. The ‘critical path switch’ was replaced and resulted in power restoration to all areas including Grace Bay, Leeward Palms and Leeward – the three areas were longest without electricity.