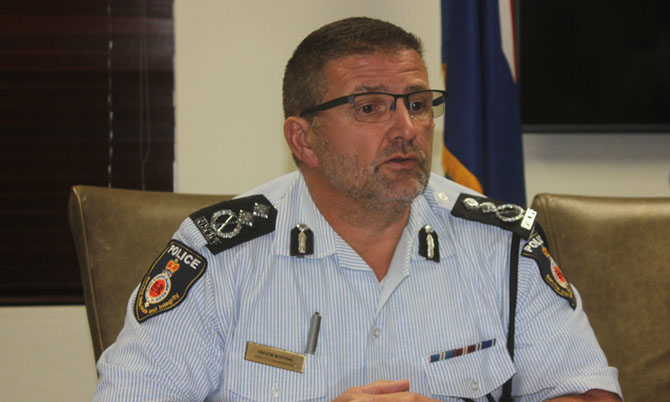 At around 3:50 a.m. on Friday, June 14th, 2019, while on patrol in the Kew Town area, and in an effort to stop a silver Honda Accord driving along the airport road, the suspects refused to pull over. The suspects later got out of the vehicle and fired at police. Officers returned fire, but the suspects escaped.

There were no reports of injuries. The said vehicle was taken for processing

Acting Commissioner of Police Trevor Botting said, “This is an unacceptable attempt to harm my officers. I want to speak on behalf of the brave men and women who are working the streets across the territory every single day and putting their lives on the lines. This is a warning to the suspects involved this morning and to anyone who thinks that it is ok to attack my officers- we will track you down and we’re going to make sure you are held accountable”.

Acting Commissioner Botting added, “All we’re trying to do is protect this community. My officers are trained and will use any force necessary to protect themselves”.

Anyone with information into this matter, please contact Crime Stoppers at anonymously at 1-800-8477 or 911.