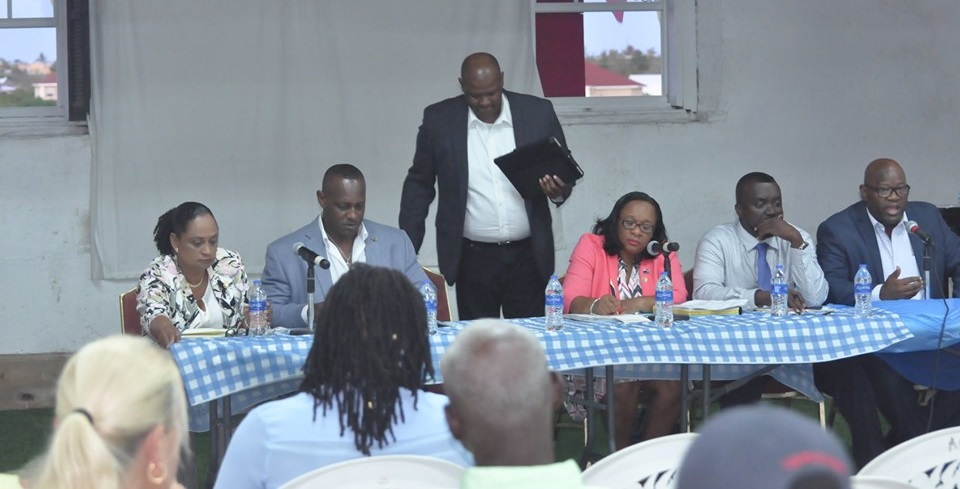 #Providenciales, June 14, 2019 – Turks and Caicos – Grand Turk is poised for a resurgence of its economy and a return to its glory days, if political party promises are more than mere talk.  Recent reports by the PDM Administration and an announcement by the PNP Opposition offer bold solutions to years’ old problems for the nation’s capital, including over a dozen new projects and a hotel investment.

The update from the PDM Administration is welcomed news, however residents are ready to see the action which will shift the island from shambles to shine.

The Victoria Public library burned to the ground in what is suspected to be a case of senseless arson; 90 percent of its precious contents were lost in that March 2017 fire.  Yet, the historic building has sat in charred ruins since that time on Front Street.

The PDM informed that ‘library construction’ is past the tender process and onto the contract stage.

On social media, talk shows, through mainstream media and at previous town hall meetings; residents have been vociferous in their disappointment that despite a multi-million-dollar investment fund in partnership with Carnival Cruise Line, successive reports of Government Budget surpluses and previous announcements of hurricane repairs, much of the island’s public buildings and spaces are run down.

In the September 2018 town hall meeting; it was promised that the Mega One Triton would be removed.  However, the boat which ran aground off Governor’s Beach in Superstorm Sandy in October 2012, remains an abandoned eyesore and environmental threat on the popular beach.

On June 3, 2019 residents were told: “The Mega One Triton (abandoned boat on governor’s Beach) will be removed this year. The removal has been costed and funds allocated for that project.”

During the meeting on September 1, 2018 hosted by the PDM Administration, it was also promised that the perimeter fencing at the JAGS McCartney International Airport would be fixed, but sadly that too remains an issue eight months later.

On Monday June 3, 2019 the Government said: “Airport fencing is being fixed. The JAGS International Airport is set to fully reopen next month.”

Grand Turk’s International airport has been only partially operable since the hurricanes of September 2017.

The PNP Opposition believes that getting the JAGS McCartney operational for domestic flights is just the beginning though and on Tuesday June 12 announced that if re-elected in 2020, there administration is prepared to make a bold move for Grand Turk.

“We (TCIG) now have over $200 million in cash and we look at what happens in Grand Turk when Carnival leaves in the afternoon, the island shuts down.  We can remedy that. We can remedy that and the Progressive National Party is making a promise today that the Progressive National Party government will make the investment in the development of a resort in Grand Turk to ensure that we have direct airline, commercial, international airline service to the nation’s capital.  We can do it and we will, there is no excuse!”

The PDM Administration reported a half a million dollars in spending allocated for the Turks and Caicos Islands Community College.  Issues at the tertiary institution are also long standing; students in March 2018 staged a protest outside of Parliament.  One placard read: “Stop the Crap, so we can Crap.  TCICC GT needs running water.”

On June 3, 2019 the PDM Cabinet Ministers said “Over $500 thousand allocated for repairs to the TCI Community College Grand Turk Campus.”

Grand Turk residents at the town hall meeting were informed that in a few weeks, there would be a new boat for the Police marine branch in Grand Turk; that a domestic fire truck is only months away from reality now and that Ona Glinton primary would get its repairs and HJ Robinson high would get its new classroom block.

The national CCTV plan moves to phase two this year, which means increased security and surveillance capabilities of the Royal Turks and Caicos Islands police; that too is already funded.

Also funded and onto the contract stage is a new Vendors Market on Front Street.

The PDM Administration informed the 50 attendees at the meeting held at the Anglican Church Sunday School hall, that, “Altogether for the 2018/19 budget more than $9 million was allocated for investment in Grand Turk and under the most recent Budget (2019/20) approximately $15 million to go toward improvement and repairs in Grand Turk– that including Government Funded Projects and Infrastructure Accounts Projects.”