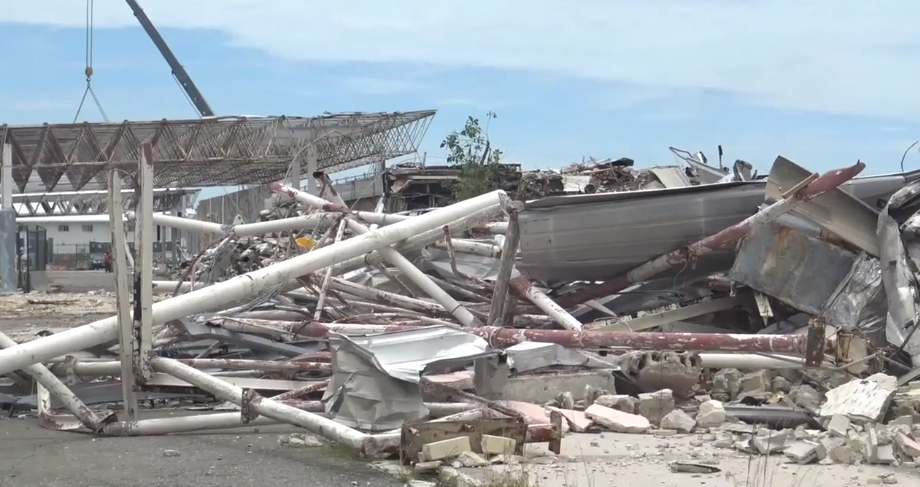 #Nassau, June 21, 2019 – Bahamas – A five to six-month redevelopment at the Bahamas’ busiest airport gateway – the Lynden Pindling International Airport in Nassau – has started and that could mean delays for commuters because the facility will only operate one runway for all flights.

The project will enhance lighting on the runway; the quality of the runway and introduce increased safety to the runway for landings which – from time to time – overshoot the airstrip.

The Nassau Airport Development company or NAD in a media statement is asking the travelling public for its patience, as wait times for airplane take offs are likely to be delayed.  It was assured that NAD and its stakeholder partners have activated contingency plans that should assist with reducing impact to overall operations.

Construction work on the airport rehabilitation project will take place mainly in the evenings; from sunset to sunrise, explained NAD.  The goal is to get it all done by American Thanksgiving, when air arrivals to the capital crank up, significantly.

Bahamas Hot Mix won the contract for the runway rehabilitation; beating out three other bidders for the $20 million job.  Still, the hiring of Bahamas Hot Mix has sparked controversy and Opposition PLP Senator, Fred Mitchell is questioning how the major contract could have been awarded to a business linked to the current Minister of Immigration & Financial Services in the sitting FNM Administration.

Minister Brent Symonette is silent on the new suspicions but back in 2009 found himself defending similar accusations amounting to a reported $77 million dollars in government funded work.  At that time, Minister Symonette denied any close connected to Bahamas Hot Mix and denied having had any participation or influence over the awarding process.

According to NAD, the request for tenders (RFT) for asphalt paving services was initiated in April and was sent to six companies in all; four international and two Bahamian firms.

NAD explained that Bahamas Hot Mix has delivered on many other projects to both CAA and FAA standards. The expectation “is for the LPIA airside pavement rehabilitation project to be delivered safely, to specification, on time and on budget.”