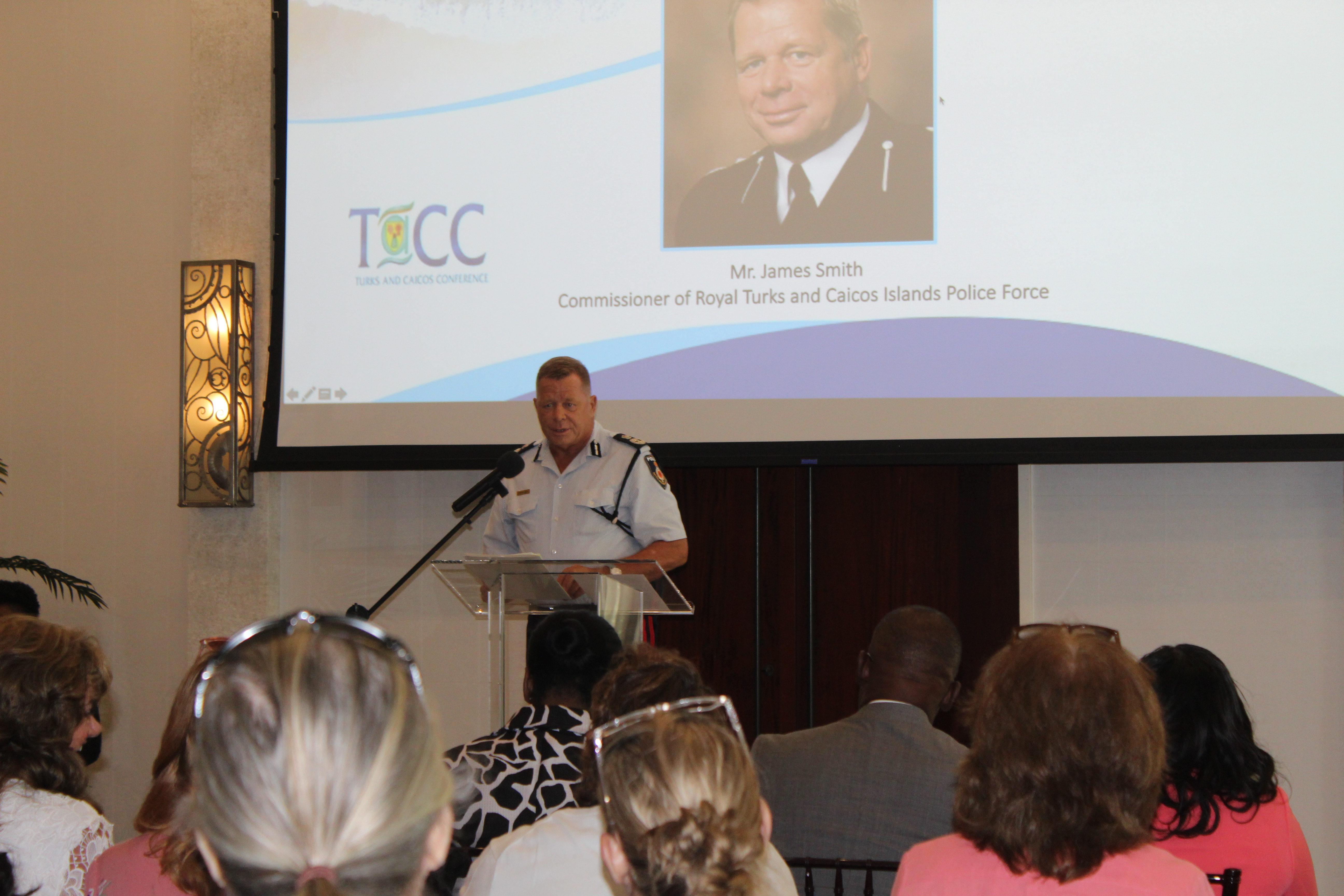 #Providenciales, May 10, 2019 – Turks and Caicos – The United States was wrong to toss the Turks and Caicos in the same category as other high crime destinations and wrong to label the police investigative capability on the islands as lacking, said Police Commissioner James Smith who today addressed tourism and travel industry professionals from around the world at the Turks and Caicos Conference, TACC.

“It gives a very unfavourable impression of the Turks and Caicos which I think is not justified and in fact I have been inclined to challenge that now directly with the U.S. Chargé d’affaires in The Bahamas.”

It is true that the Turks and Caicos is still ranked as one of the safest countries on the planet and one of the safest destinations in the Caribbean; but early this year the TCI found itself steeped in negative press after the U.S. Department of Homeland Security issued another worrying travel alert about the destination.

The Turks and Caicos has for two years been given a Level 2 Travel Alert by the United States; the home country of some 80 percent of tourists to the TCI.

“The truth of this (crime) is that one incident involving a U.S. visitor will result in a negative impact of disproportion for this country,” explained the Commissioner of Police.

The Police Commissioner said he is planning talks with the U.S. Embassy office in The Bahamas about the characterisation of the Turks and Caicos as it relates to crime.  The Top Cop used the forum to remind attendees of the vulnerability of the country’s leading industry.

“I came to Turks and Caicos in February 2015 and I am grateful to say that crime overall in the country has been reduced by 29 percent; I don’t think that has been achieved anywhere else and that shows great credit to my officers for their dedication.”

PC Smith explained new policing initiatives and advancements including the ongoing Operation Drive Safe, breathalyser testing to discourage driving under the influence of alcohol, implementation of CCTV, use of a coastal radar, new vehicles and additional boats, special centre for sexual violence and domestic abuse established in conjunction with UNICEF, heavy investment in training for the marine branch, financial crimes unit and tactical unit and the addition of body cameras are all added to policing to aide in the fight against crime.

“I think it is important that when you read the U.S. advisory about the capability and capacity (of the Police Force) in the TCI it is greatly underestimated; officers are very professional.”

The conference element of TACC was held today at the Shore Club and the 2019 theme is ‘Redefining Luxury.’