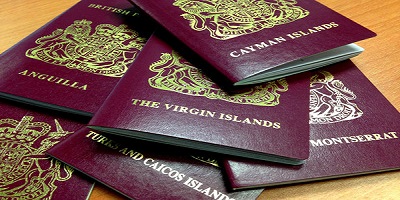 #Providenciales, May 14, 2019 – Turks and Caicos – The UK Government has no plans to infringe on the immigration policies of its Overseas Territories, leaving each country to decide how it will legalise residency in their individual jurisdictions.

“In the spirit of a relationship based upon partnership, we will continue to support and encourage consistent and open political engagement on belongership and its territory-specific equivalents, whilst respecting the fact that immigration decisions are primarily a matter for OT governments.

The FCO does not plan at a future date to publish such a timetable.”

A foreign Affairs Committee report make the bold recommendation that UK citizens should enjoy all of the benefits of any UK Overseas Territory; citing that the territories are benefitting from this in the United Kingdom.  The FAC called for reciprocity, but it was largely criticized by OTs.

The right to vote and the right to hold elected office were particularly sore points for many in the Small Island Developing States, SIDS, where indigenous residents number only in the thousands when compared to the millions which make up the British.

The FAC recommended: “The UK Government should initiate a consultation with the elected governments of the OTs and work with them to agree a plan to ensure that there is a pathway for all resident UK and British Overseas Territory citizens to be able to vote and hold elected office in territory. In its response to this report the FCO should lay out a timetable for this consultation process and set a deadline for phasing out discriminatory elements of belongership, or its territory-specific equivalents.”

The UK Government recognized the sensitivity of the issue in its response to the FAC recommendation.

“The UK Government understands the committee’s concerns and continues to impress upon OT governments the importance of allowing people who have made their permanent home in the territories the ability to vote and engage fully in the community, but recognises the desire of island communities to maintain their cohesion, hence the need for a reasonable qualifying process. We understand the OTs’ concerns, sensitivities and historical background on this issue.

Our vision for the OTs is as vibrant and flourishing communities, with the widest possible opportunities for their people.”

The response to the recommendations of the FAC were published in the  Global Britain and the British Overseas Territories: Resetting the relationship: Government response to the Committee’s Fifteenth Report which was made public on May 7, 2019.