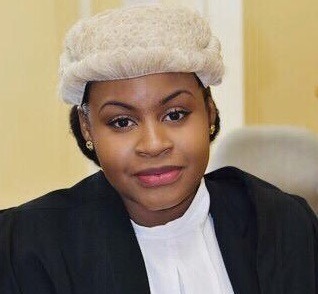 Commenting on Ms. Gardiner’s appointment Deputy Governor Her Excellency Anya Williams said;  “We are pleased to formally welcome Dominique to the Turks and Caicos Islands Civil Service.  Ms. Gardiner interned with the Attorney General’s Chambers, the Office of the Director of Public Prosecutions and the Financial Services Commission during her studies and after completing did a joint pupillage with the Attorney General Chambers and Office of the Director of Public Prosecutions in pursuit of being called to the Turks and Caicos Islands Bar which was accomplished in July 2018.  Ms. Gardiner was temporarily appointed to the post of Crown Counsel prior to her appointment and we are pleased to now have her permanently join our Chambers team.”

In commenting on her appointment Ms. Gardiner said; “The opportunity to serve as Crown Counsel within the Attorney General’s Chambers is one that I am truly grateful for. I am eager to contribute to the Chambers’ efforts of upholding the rule of law in the Turks and Caicos Islands, and to working along with highly skilled, experienced and hard working professionals. My aim going forward is to provide high caliber legal support and representation to the Public Service as I develop in this profession.”

The Hon. Attorney General QC said; “It is a pleasure to welcome Dominique Gardiner into the Civil team in Chambers.  The employment and development of bright young Turks and Caicos Islander attorneys is a core goal of our succession planning. Dominique comes to the post with a stellar academic record and has made an impressive start.  She will add value to the work being done by the civil division and in Chambers generally.  We are very pleased that she has chosen to start her career with us.”