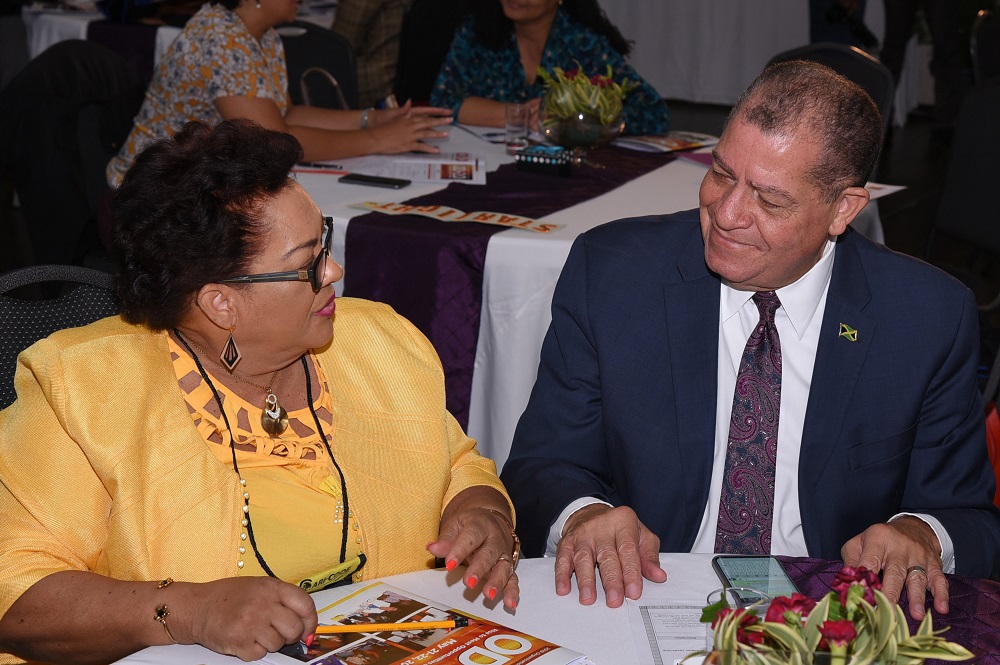 #Kingston, May 22, 2019 – Jamaica – Minister of Industry, Commerce, Agriculture and Fisheries, Hon. Audley Shaw, is calling on leaders in the public and private sectors to focus more on productivity and human development for growth in the economy.

Speaking at the opening of an Organisation Development Transformation Conference today (May 21), at the Spanish Court Hotel in New Kingston, Mr. Shaw said low productivity and human underdevelopment have caused Jamaica’s economy to suffer from growth the nation could have achieved in years gone by.

“Productivity is an issue we have to confront more directly and in a more focused way. Jamaica’s productivity has steadily declined over the years. Labour productivity growth in Jamaica has been low as far back as the 1990s,” the Minister pointed out.

The Minister said that labour productivity, which is the real value of what is produced in the economy, continues to decline, noting that it was higher in previous years.

“In the 1960s, our economic growth was among the highest in the world. We were averaging six per cent a year and our productivity levels were among the highest in the world as well. These are directly interrelated issues – productivity and economic growth. They go hand in hand,” Mr. Shaw emphasised.   He said that previous achievements in Jamaica, with regard to the economy, inspired Prime Minister Lee Kuan Yew of Singapore to come to Jamaica in 1964.

“He wanted to know what we were doing here. In 1971, the Jamaican economy grew by 12 per cent. We have a lot of catching up to do,” the Minister said.