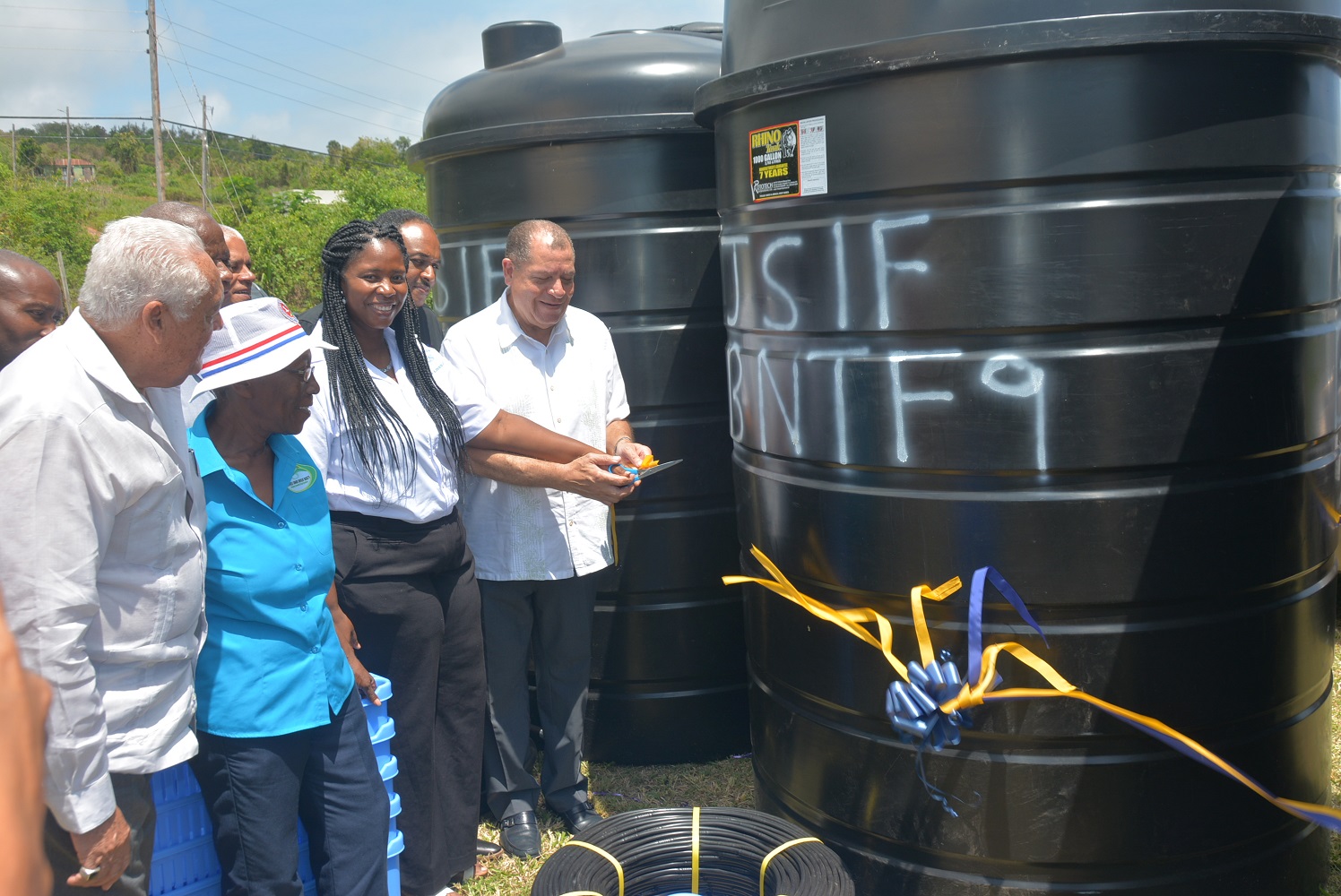 Montego Bay, May 11, 2019 – Jamaica – Some 300 farmers who cultivate approximately 150 acres of land in Southfield and Bull Savannah in St. Elizabeth have benefited from drip irrigation tools and equipment valued at over $69 million.

During a ceremony at the Bethel Bible Camp in the Malvern Chase District of Southfield on Thursday (May 9), each farmer was presented with 0.5 acres of drip irrigation hoses and fittings, two 1,000-gallon water storage tanks as well as harvesting crates.

The Jamaica Social Investment Fund (JSIF) provided $63.4 million for the equipment under its ‘Basic Needs Trust Fund’ which is financed through a grant from the Caribbean Development Bank, with the two farmers’ groups contributing $5.54 million.

Minister of Industry, Commerce, Agriculture and Fisheries, Hon. Audley Shaw, in his remarks at the handover ceremony, expressed gratitude to JSIF and hailed the farmers for “putting their own resources into innovative initiatives that will contribute to their own livelihoods”.

He said that the Government is serious about the development of agriculture infrastructure in Jamaica as a critical pathway for expanding production and productivity in the sector.

“It is for that reason that the Ministry, through the Rural Agriculture Development authority (RADA), will continue the rehabilitation of approximately 1,000 kilometres of farm roads throughout the island and, already, $752 million has been allocated in this year’s budget to achieve this,” he noted.

Minister without Portfolio in the Office of the Prime Minister, Hon. Mike Henry, for his part, lauded the contribution of JSIF to the agricultural sector through various projects and initiatives aimed at alleviating the challenges of global warming and climate change.  He said that these efforts will continue.

The irrigation systems will provide increased access to and efficient use of water to boost productivity and consistency in farm yields, thereby contributing to domestic food security.

Approximately 1,000 persons are expected to benefit, including higglers and purveyors, who supply produce to the municipal markets, supermarkets and the hotel sector.

Photo Caption: Minister of Industry, Commerce, Agriculture and Fisheries, Hon. Audley Shaw (right), cuts the ribbon to mark the handover of drip irrigation equipment to farmers from Southfield and Bull Savannah in St. Elizabeth, at the  Bethel Bible Camp in Southfield on Thursday (May 9). Looking on (from left) are Minister without Portfolio in the Office of the Prime Minister, Hon. Mike Henry; President of the Southfield Farmers’ Benevolent Society, Imogene Smith; Bull Savanna Benevolent Society’s executive, Tracey Powell; and Managing Director of the Jamaica Social Investment Fund (JSIF),  Omar Sweeney.