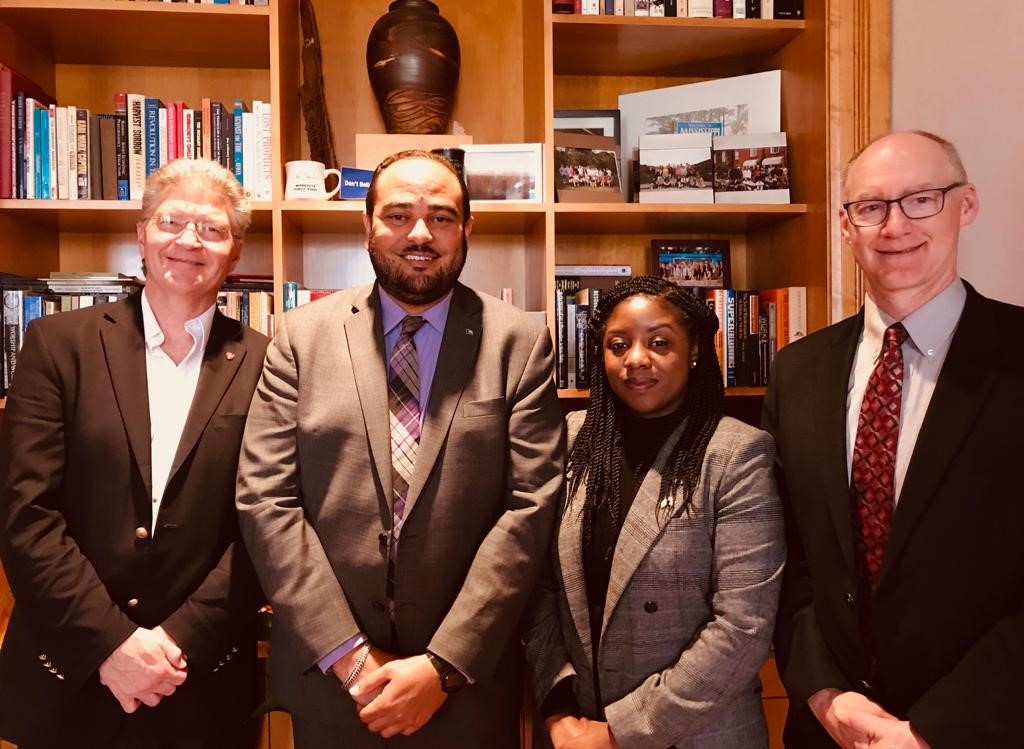 #Collegeville, May 14, 2019 – Minnesota – CTheo Neilly, Bahamas Consul General, Washington, DC, embarked on the final leg of a Campus Outreach Tour on the campuses of Saint John’s University (SJU) and the College of Saint Benedict (CSB) on May 6th and 7th, 2019.

The Campus Outreach Tour is a multi-faceted initiative created to engage Bahamian students and educators within the 24-state jurisdiction and was established to strengthen relationships with universities to create diverse educational opportunities for Bahamians. It is also used as a platform to provide students with pertinent consular information.

Dr. Mary Dana Hinton, President of CSB and Dr. Michael Hemesath, President of SJU both spoke of the significant impact that Bahamian students have contributed to both campuses.   The two campuses have a record number of Bahamians who are presently enrolled, and the numbers continue to grow.

The historical ties between The Bahamas and the colleges are prominently featured in the most recent edition of SJU’s alumni magazine.  The magazine highlights notable Bahamians such as Terrance Bastian’85, Auditor General; Pierre Dupuch ’60, Former Member of Parliament; Philip Galanis ’75, Former Member of Parliament, Prince Wallace ’68, businessman and distinguished alumni and many others.

Currently SJU has five (5) Bahamian students in the Senate, which includes, Owyn Ferguson ’21.  He was recently elected as President of the student body of SJU.  Kistacia Thompson, who is also a Bahamian was also elected as the Student Body President for CSB.