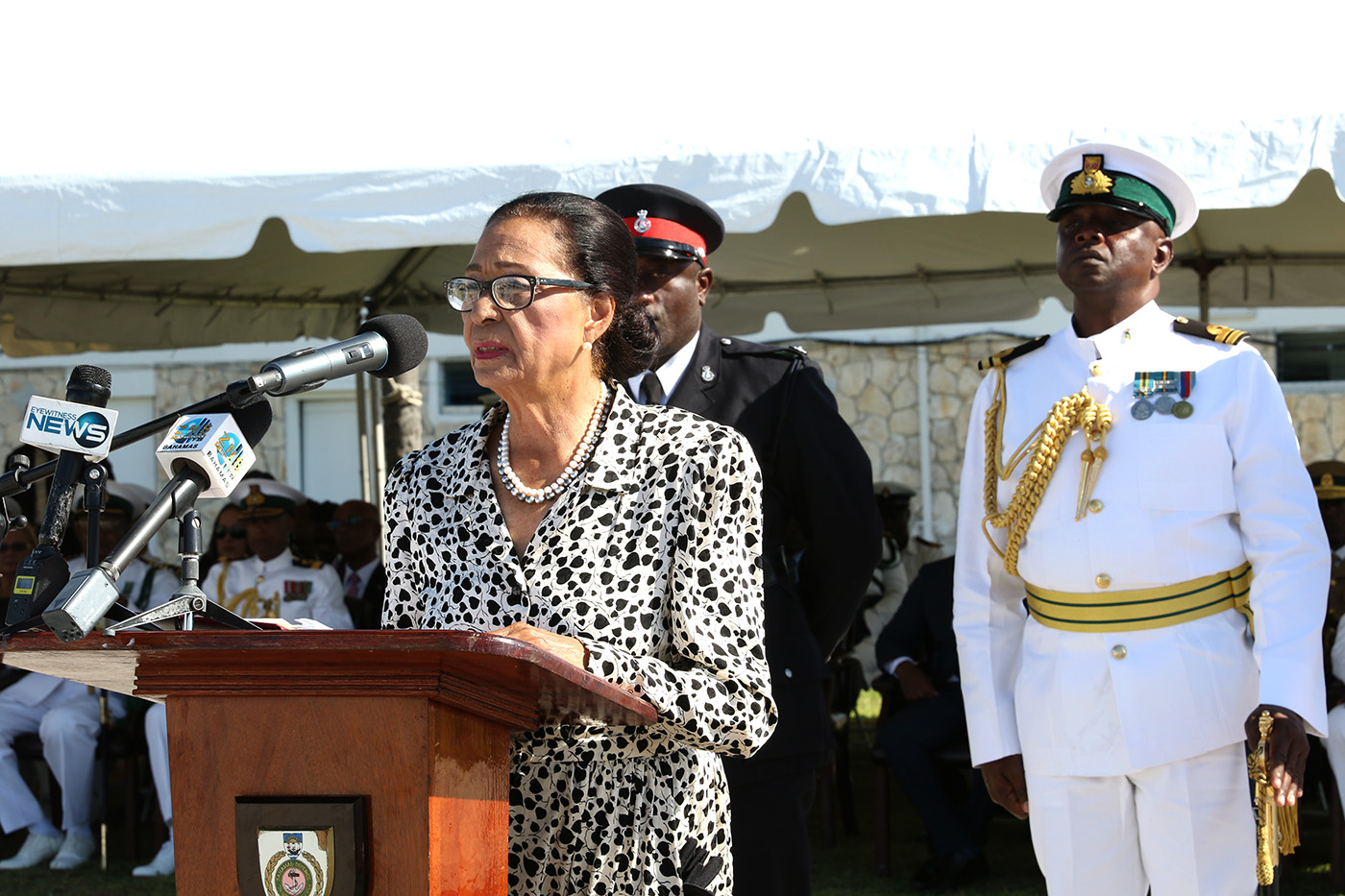 #Nassau, May 11, 2019 – Bahamas – The four marines who died during the sinking of HMBS Flamingo by Cuban Military jetfighters on May 10th, 1980 and others who lost their lives since then were remembered during a solemn ceremony Friday, May 10th, 2019.

Among the dignitaries attending the 39th anniversary memorial service were Prime Minister the Most Hon. Dr. Hubert Minnis; the Hon. Darren Henfield, Minister of Foreign Affairs; the Hon. Jeffrey Lloyd, Minister of Education; senior government officials, representatives of the Bahamas Department of Correctional Services, the departments of Customs and Immigration, and US Charge d’Affaires, Stephanie Bowers.

Lieutenant Commander Whitfield Neely the only active serving member of the HMBS Flamingo ship’s company, along with the other former marines, family of the honorees and members of the Royal Bahamas Defence Force (RBDF) were also among the audience.

The somber ceremony took place at HMBS Coral Harbour and included a ceremony of colors, a gun salute by Defence Force Color Party and wreath laying at the monument in Flamingo Memorial Park and at the waterside.

Governor General, Her Excellency the Most Hon. Dame Marguerite Pindling described the period following the sinking of HMBS Flamingo as a time of “national distress” and “sadness” when The Bahamas was forced to face the realities of self-governance and the meaning of sovereignty. She said the tragic event “shocked” the country and was a “vivid” reminder of the nation’s need to be able to defend its homeland wherever and whenever necessary.

“The terror which resulted was something unexpected within the tranquil waters of our nation. Thus, as a newly independent nation we experienced one of the defining moments of our history and in our relationships in the community of nations. Ordinarily, such an incident would have caused a rift in relations between two neighbors but early following the incident it was clear that there was sheer determination to maintain good relations,” said the Governor General.

“Today, The Bahamas and the republic of Cuba continue to work together with mutual respect in the interest of our common objectives of peace and security.”

She remarked that although The Bahamas continues to face challenges to its sovereignty and security poised by nefarious criminal activities including trafficking of human beings, fire arms, illicit drugs and poaching, the men and women of the RBDF have been resolute in their efforts to maintain the safety and security of the nation.

She said the ultimate sacrifice of the four marines and the ongoing dangers encountered by crew and marines today are reminders that members of the RBDF and other security forces protect the nation by placing their lives in harm’s way.

“For this they deserve a grateful nation,” she added.

The four heroes, recognized as the first to give their lives in service to The Bahamas as members of the RBDF, were: Able Seaman Fenrick Sturrup, Marine Seaman Austin Smith, Marine Seaman David Tucker, Marine Seaman Edward Williams.