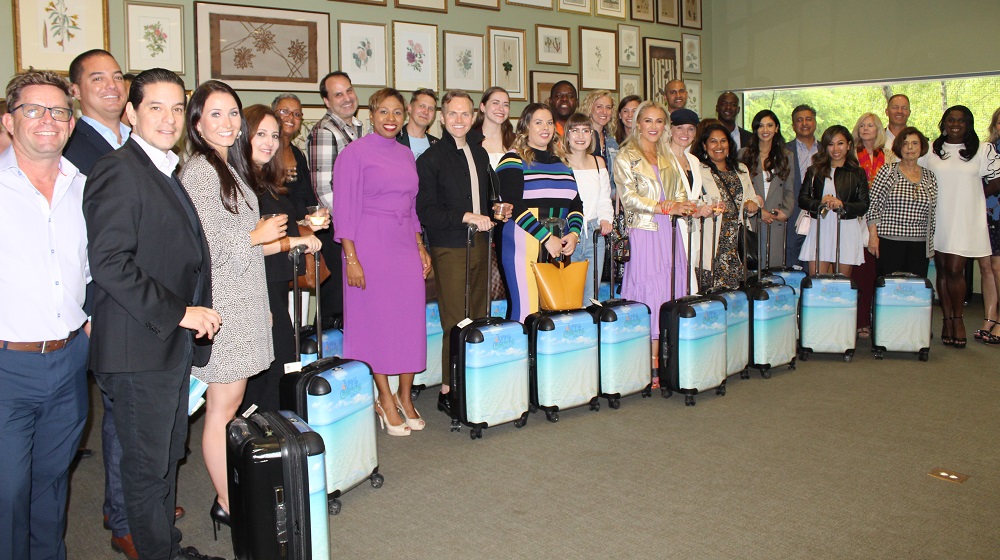 #Providenciales, May 27, 2019 – Turks and Caicos – The variety in selection of media professionals and social media influencers treated to a #TeamTCI cocktail party was designed to ensure residents of Chicago are acutely and delightfully aware of destination Turks and Caicos.

Karen Whitt, an award-winning general manager from the Hartling Group and former TCHTA President addressed media questions about the events staged on Tuesday May 21 at the Chicago Botanic Gardens.

“We’ve invited them to come in and meet the team.  We have the Hotel and Tourism Association; TCI Tourist Board and several hoteliers have joined us to tell Chicago what it’s all about in Turks and Caicos.  There is a lot of fascination, there is a lot of interest in this market.”

Chicago has for a long time been a feeder market for Turks and Caicos tourism and Karen Whitt explained that it is the newly established direct flights to Providenciales which fueled the recent On the Road Show to ‘the Windy City’.

“With our new flight patterns and non-stop flights there’s even more interest, so we are starting with the media.  Several of them have never been to the destination so it is a really great opportunity to meet them, engage with them and tell them a little bit more about what the Turks and Caicos has to offer.  We are also inviting them to come and visit us on the island.”

Whitt was also confident that the Turks and Caicos representation was hitting the mark and making an indelible impression on the media and it is right on time, as competition for Chicago to the Caribbean is heated.

“We have about 30 different media houses represented with us and that’s a combination of print media, radio and television and some we also have some of the top social media influencers with us.”