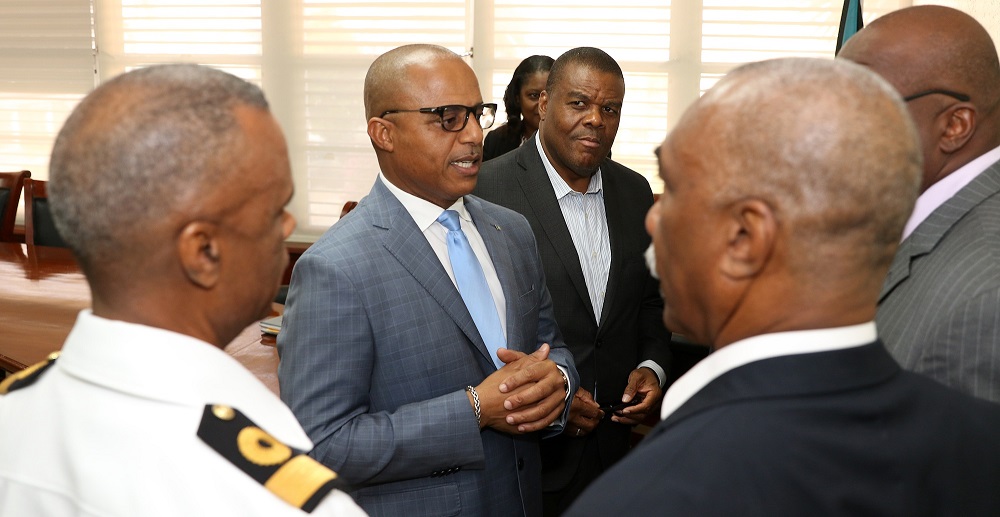 Petty Officer Perpall was reportedly on duty at the time of his demise.

Minister Dames said during the announcement at the Cabinet Office, “This Committee is being tasked with reviewing the incident and ultimately determining whether or not there were any breaches or failures in security at Government House during the morning of the incident.

“In order to address this incident in a transparent manner, I am appointing four eminently qualified professionals of noted and associated backgrounds to form the Review Committee which will conduct the inquiry with immediate effect.”

The four Committee Members are:

The National Security Minister explained that the Review Committee, which has the full backing of the Government of The Bahamas, is being mandated to conduct its investigations over a two-month period, after which it will report its findings to be communicated to the people of the Commonwealth of The Bahamas.

He also noted that once the committee has completed its findings, it will be making recommendations for improvements and that is the main objective of this inquiry.

“Remember, the investigations behind Petty Officer Perpall have been concluded by the Royal Bahamas Police Force, so we want to keep that separate.”

Minister Dames said the committee members understand investigations, they bring law to the table, and they will assist in the work that has already commenced in relation to security at Government House and other government establishments.