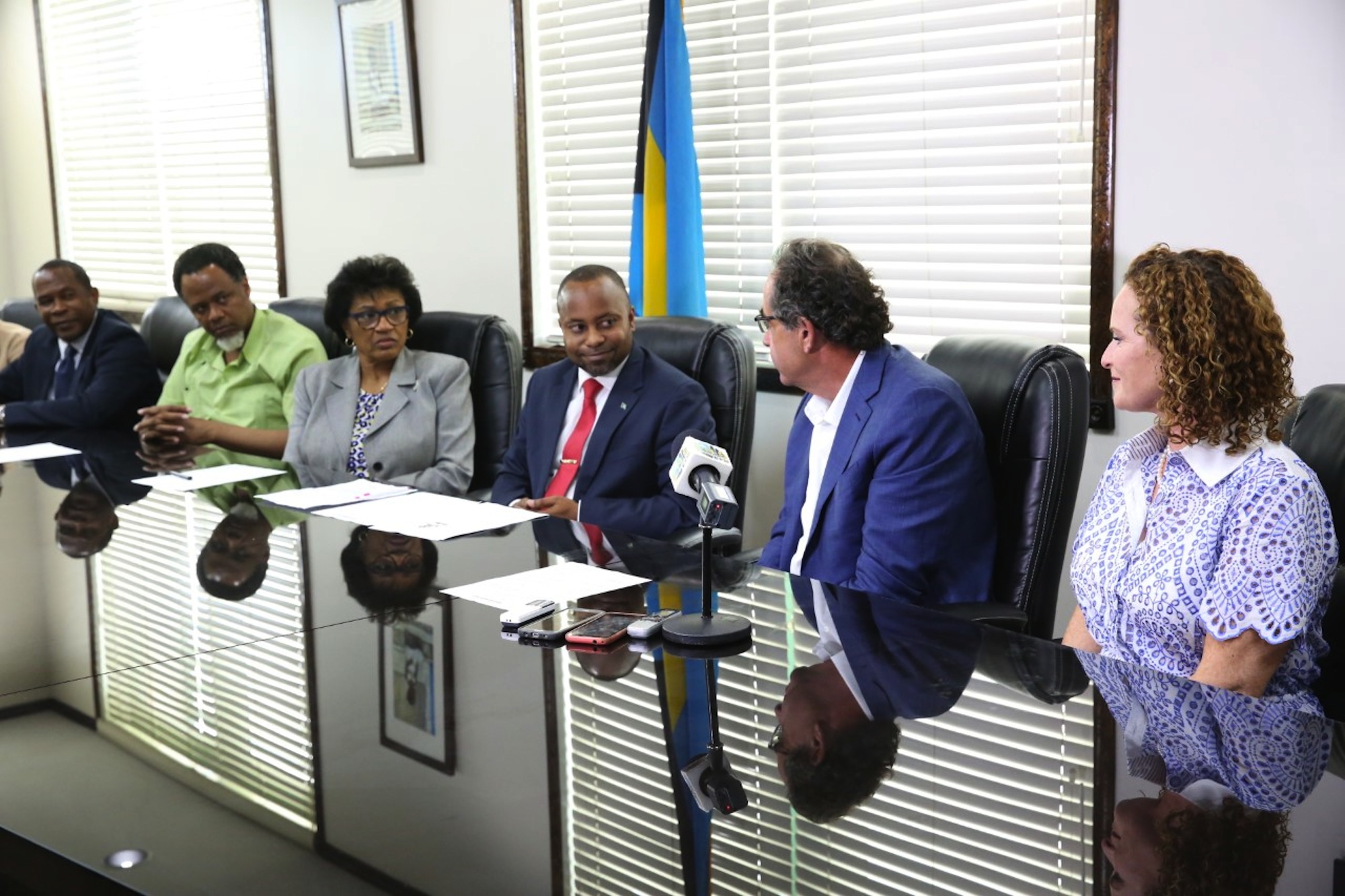 #Freeport, GB, May 11, 2019 – Bahamas – The donation of tablets to public schools has contributed to the digitization of the educational system in the country, said Minister of State for Grand Bahama, Senator the Hon. J. Kwasi Thompson during a press conference at the Office of the Prime Minister, May 9, 2019.

Minister Thompson was addressing the media to publically thank philanthropists Carl and Gigi Allen who have donated hundreds of tablets to public schools in Grand Bahama, Abaco and Eleuthera in an effort to assist students in preparing for the technology age.

Minister Thompson, on behalf of Prime Minister, the Most Hon. Dr. Hubert Minnis and Minister of Education, the Hon. Jeffrey Lloyd, thanked Mr. and Mrs. Allen for their generous gift that will benefit hundreds of young people.

As Grand Bahama has been dubbed the Technology Hub of The Bahamas, he said, steps are being taken to train people of all ages in ICT at BTVI and at the YMCA, where students are being trained in computer programming, software development, robotics and drones.

Also present were officials from the Ministry of Education.

Mrs. Lorraine Armbrister, Permanent Secretary of the Ministry of Education, said the government’s investment in transforming the education sector will be at an investment of $17 million, making public schools smart schools.

Representatives from both West End Primary School and Maurice Moore Primary School were present and explained the positive impact the tablets have already had on their students.

Mr. Allen explained that he first met Minister Thompson and Prime Minister Minnis on their trip to Texas in 2018.  After hearing their plans for Grand Bahama, he and his wife came up with the idea of contributing by donating tablets to the students if government would match their donation.  To date, there are about 3,000 tablets between Grand Bahama, Abaco and Eleuthera.

Photo Caption: Senator the Hon. J. Kwasi Thompson, Minister of State for Grand Bahama in the Office of the Prime Minister, during a press conference on Thursday, May 9, 2019 thanked philanthropists Carl and Gigi Allen for the hundreds of tablets they have donated to public schools in Grand Bahama, Abaco and Eleuthera. Shown from left at the Office of the Prime Minister are: Ivan Butler, District Education Officer; Marcellus Taylor, Director of Education; Mrs. Lorraine Armbrister, Permanent Secretary, Ministry of Education; Minister Thompson; and Mr. and Mrs. Allen.