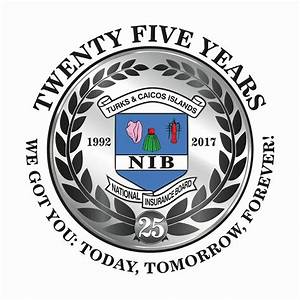 #Providenciales, April 29, 2019 – Turks and Caicos – Executives of the National Insurance Board appeared at the Appropriations Committee meeting of last week and announced that within this financial year, NIB will modernize its payment portal in order to improve compliance among its beneficiaries.

“We are also looking to launch a new web portal during the year and Employers will be able to prepare and submit their contribution statements online and they would also be able to connect with the banks through that portal to make their payments.  And we are hoping, making it easier to pay will encourage people to be a little bit more willing to pay.”

Described as a ‘self-financing’ body, the NIB provides social protection for the working population and their dependents through contributions from salaries.  The major focus, said Rhesa Cartwright, Acting Director, is compliance and the Providenciales office is fully staffed. Ms. Cartwright told the Appropriations Committee that this full team in Provo has resulted in a marked increase in compliance activities with the March 31, 2019 target of the NIB, achieved.

Ms. Cartwright said the goal is for processing time for benefits to also improve; it was forecast that beneficiaries could see the significant change by the second or third quarter of the new financial year.

“In order to do so, we are introducing some new things and looking to allocate an additional person to the benefits process in Providenciales and for the first time we are also looking to adjudicate and print some benefits in Provo.  Currently all benefits are adjudicated and printed in Grand Turk.”

Repairs to the Henry Durham building in Grand Turk should begin this fiscal year; it was damaged in the hurricane.

In Providenciales, there will be renovations to alleviate crammed quarters of NIB workers and there is a budgeted figure for the replacement of the back-up generator at the Hilly Ewing building; this vital piece equipment services NIB and the Office of the Premier.