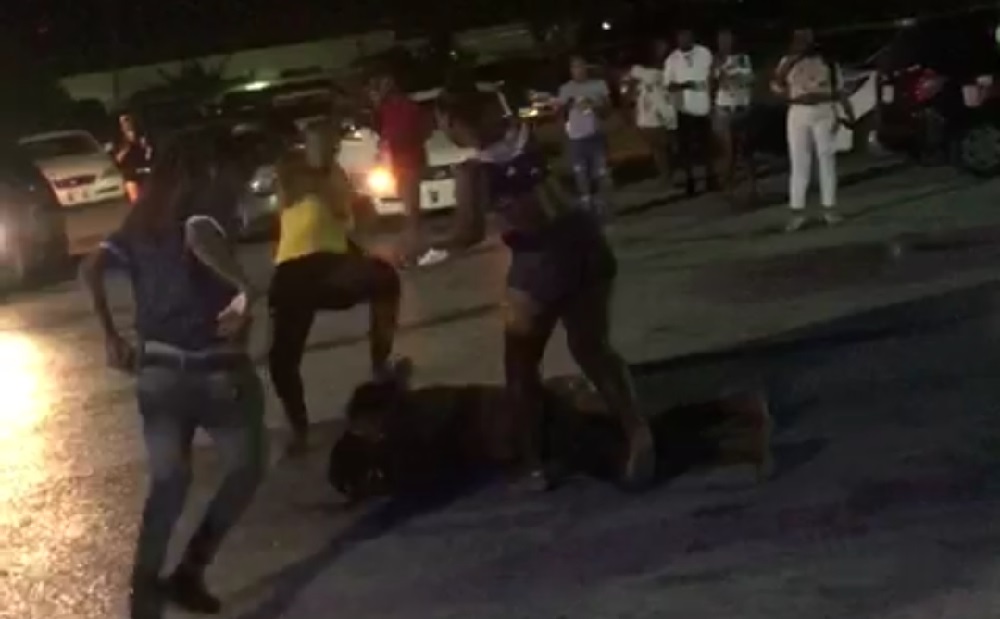 #Providenciales, April 6, 2019 – Turks and Caicos – Some are calling for the lounge in down town Providenciales to be shut down as lawlessness and disorder plague the hang-out.  Increasingly, cell phone recordings of the happenings at the popular $5 Bar situated next to ‘Chicken Chicken’ are making social media rounds –fights and brawls, shootings and at least one murder have been recorded and shared by patrons.

The atmosphere seems out of control and dangerous, yet, Magnetic Media has confirmed that the $5 Bar has no security officers.

One social media message today said: “How many fights or murders must take place at this location before the Police takes it seriously.”

In the latest videos, several of young women are captured ripping at each other’s clothing and hair, punching, pulling, pushing, swearing and stomping each other apparently unconcerned that they are being filmed or being asked to stop.

Mainly males are seen standing around enjoying and egging the young women on until a few males step in to end the fighting.

The resident called on the Police Commissioner to address the matter.