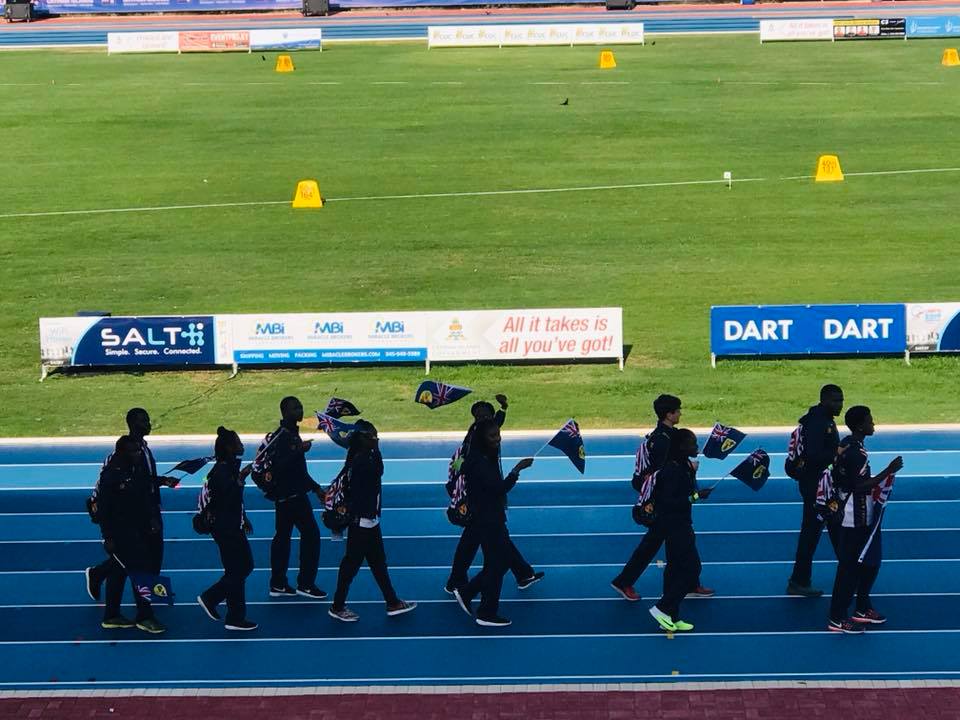 #Providenciales, April 21, 2019 – Turks and Caicos – Over 5,700 people are watching live on YouTube the 2019 CARIFTA Games being staged at the Truman Bodden National Stadium in Grand Cayman, Cayman Islands.  The channel ‘Cayman CARIFTA 2019’ has a staggering 114,000 subscribers as regional countries are represented at the premier Caribbean athletics meet.

The official opening ceremony was delayed due to rain, but the athletes did make their way around the track eventually.

The Turks and Caicos is represented by 33 athletes at the Cayman Games who are supported by sports officials including the Sports Director, Jarrett Forbes and Health & Sports Minister, Hon Edwin Astwood.

The Cayman CARIFTA Games website appears to be suffering some operational problems; so far we have been unable to access news articles and medal standings of the countries.

No medal performances as yet for the Turks and Caicos Islands.