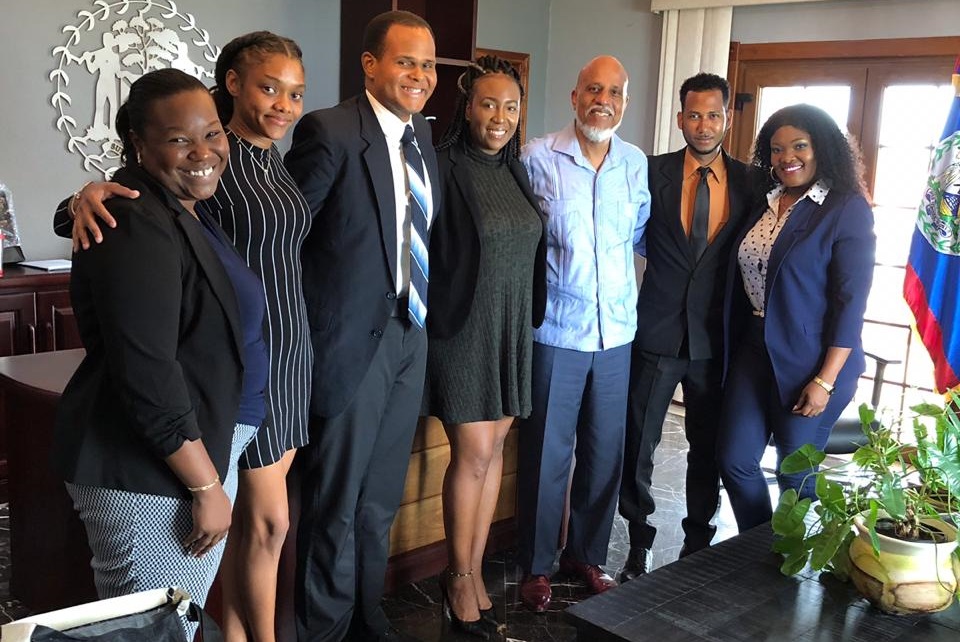 April 17, 2019 – The Caribbean Democrat Union (CDU) as part of its mission to advance good governance in the region embarked on an Observation Mission to Belize for the ICJ Referendum. The people of Belize were to decide “Yes” or “No” on whether to take the matter of the long standing border dispute with Guatemala to the International Court of Justice (ICJ).

Five young professionals were selected to be part of the CDU Observation Team:

The following activities took place as part of the CDU Observation Mission:

· Survey in urban and rural areas of Belize on the Referendum, Wednesday April 10th

Due to an injunction filed by the Opposition Party in Belize and upheld by the Court of Appeal, the ICJ Referendum was postponed. However, the CDU Observation Team was still able to carry out and satisfy the objectives of the mission:

· To assess the effectiveness of the voter education campaign

· To identify motivating factors for persons to participate in the Referendum

This CDU Observer Mission to the ICJ Referendum in Belize was supported through partial funding from the Westminster Foundation for Democracy (WFD).  In addition, permission to observe the ICJ Referendum was granted by the Election and Boundaries Department of Belize and transportation and other logistics were facilitated locally by Ms. Anazette Olivera, Volunteer Coordinator International, Boundaries Unit, Referendum Office of Belize.

The CDU joins with the European Union, United Kingdom and the United States of America in support of the ICJ Referendum in Belize. This is an important decision and the people of Belize have the fundamental right to participate in a free and democratic process to make a final determination on this long standing matter. The CDU hopes that the people of Belize will be given the opportunity to do so as soon as possible.

The CDU thanks members of the Observer Team, the Westminster Foundation for Democracy, the Election and Boundaries Department of Belize, Ms. Anazette Olivera and other local affiliates for making this observation mission possible.