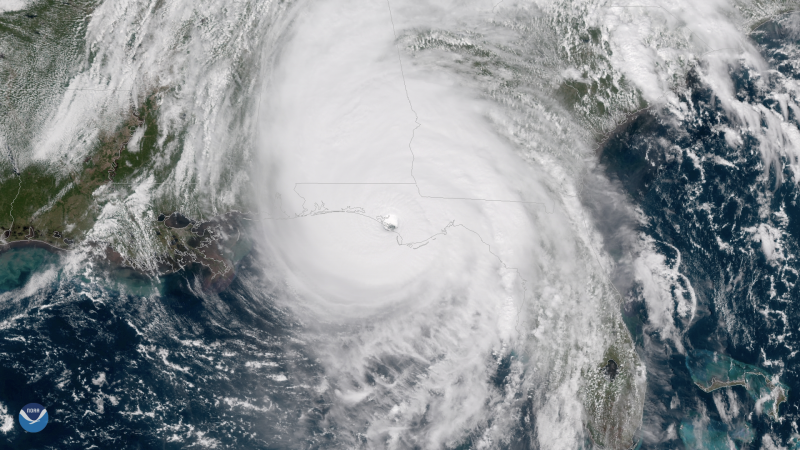 April 20, 2019 – Scientists at NOAA’s National Hurricane Center conducted a detailed post-storm analysis on all the data available for Hurricane Michael and have determined that the storm’s estimated intensity at landfall was 140 knots (160 mph).  This final wind intensity is a 5 knot (5 mph) increase over the operational estimate and makes Michael a category 5 storm on the Saffir-Simpson Hurricane Wind Scale at the time of landfall on October 10, 2018, near Mexico Beach and Tyndall Air Force Base, Florida.

Category 5 winds were likely experienced over a very small area at and near the coast, and the change in estimated wind speeds is of little practical significance in terms of the impacts associated with the storm. Michael produced devastating winds and storm surge and was directly responsible for 16 deaths and about $25 billion in damage in the United States. Before hitting the United States, the cyclone brought hurricane-force winds to the western tip of Cuba when it was a category 2 Hurricane.

Along with wind speed, atmospheric pressure is a measure of storm intensity. In general, the lower a storm’s central pressure, the higher the winds. Michael’s central pressure of 919 millibars (mb) at landfall is the third lowest on record for a landfalling U. S. hurricane since reliable records began in 1900, trailing only the Labor Day Hurricane of 1935 (892 mb) and Hurricane Camille of 1969 (900 mb).