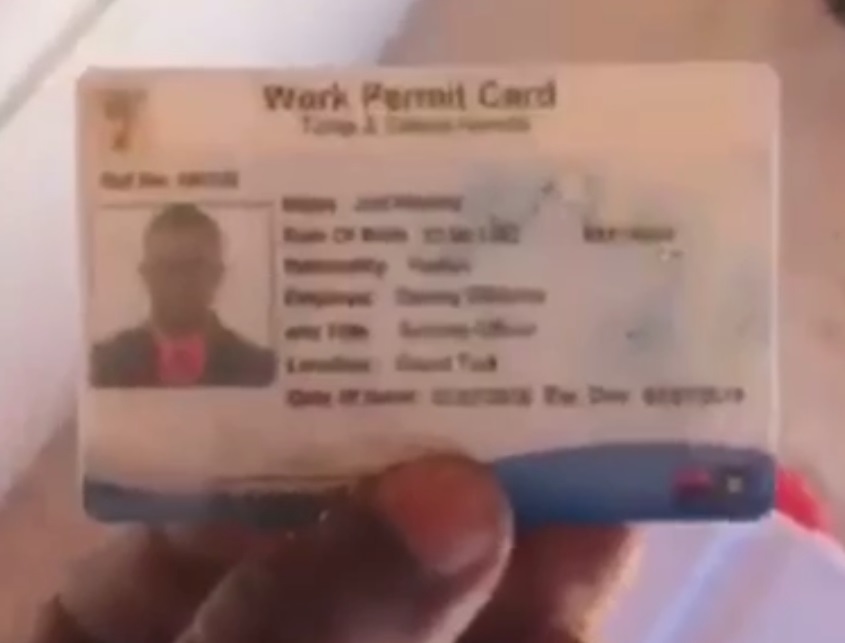 Grand Turk, April 24, 2019 – Turks and Caicos – Outgoing Border Control and Employment Minister, Deputy Premier Sean Astwood confirmed that “Labour Inspectors are dealing with it” … the “it” is a heated situation captured in a widely circulated video exposing work permit holders from Haiti who were working illegally on the beach in Grand Turk.

In one case, the man was ‘outted’ as a security guard; yet he was on the beach marketing water sports activities for a popular proprietor.  Another was exposed as employed with a restaurant which was said to be out of business and located in Providenciales.

Both men, tried to avoid being recognised and shunned the cell phone video camera as the agitated Turks and Caicos Islander, called them out.

The man said he was demonstrating how immigration works in the TCI and read the laws printed on the rear of the credit card-sized work permit; what the law allows and what it does not.

Legally, work permit holders are only authorized to be employed at one job site at a time.  The law also requires that business owners only employ non-Turks and Caicos islanders via the work permit process and that discontinuation of the need of a work permit holder be made known to the Employment Services Department.

While the native man was angered by the audacity of the Haitian men to break the law, the situation remained tamed and the card-carrying work permit holders were compliant; handing over their permits upon request by the civilian.

Fines for breaking the law regarding illegal migrants were last year announced as high as $20,000 and carrying a possible penalty of time in prison.

From a media statement in April 2018, Hon Sean Astwood said: “I again remind the private sector to cease the employment of any illegal person and regularize the category of employees (where necessary) to avoid being prosecuted. We must be a country that abide by the rule of law.  In a press statement on January 30, 2017, I reminded the public that it is an offence to assist or shelter illegal migrants and that the fine for such is $20,000 on summary conviction or a term of imprisonment.”