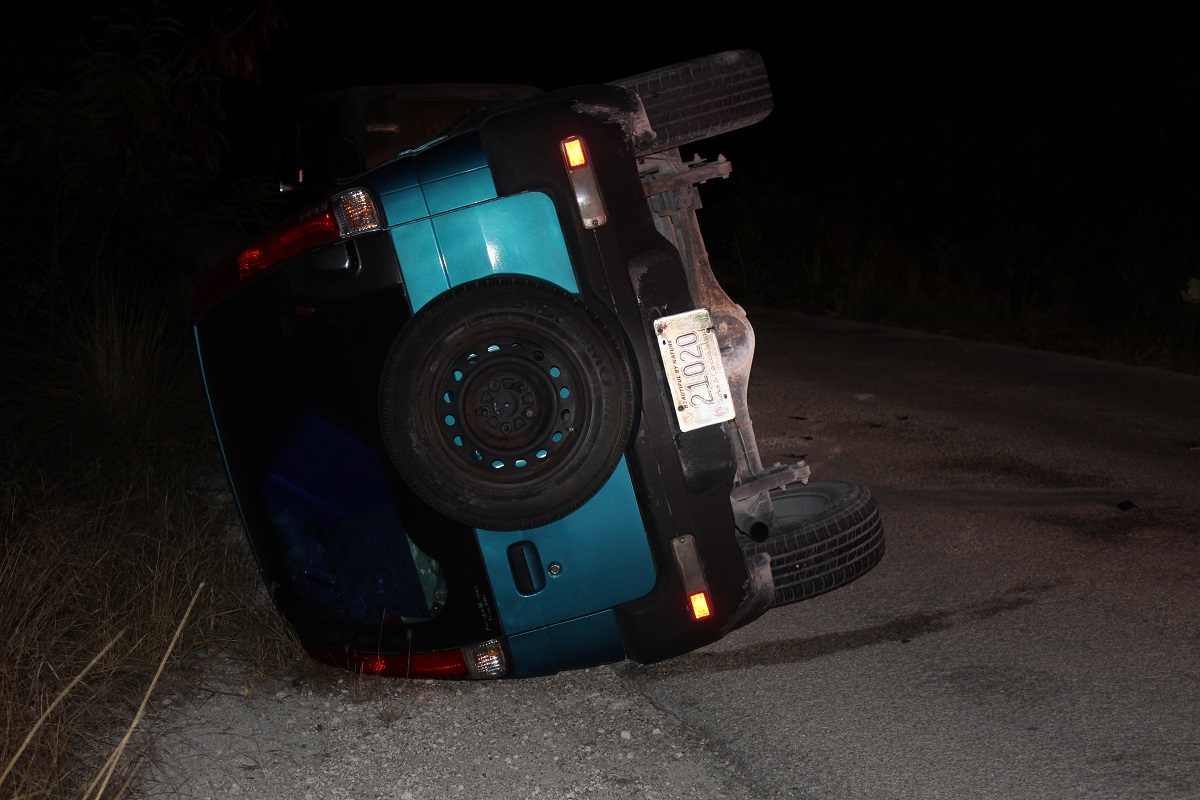 #Providenciales, April 28, 2019 – Turks and Caicos – A most peculiar head-on collision on Tom Lightbourne Drive in Millennium Heights earlier tonight could have been a lot worse; residents of the Priton phase two development were shocked at the scene of a Daihatsu Terios flipped on its side near bushes and a jeep with serious front-end damage.

Driver of the Terios is the country’s Deputy Chief Fire officer, Joseph Williams who was still bewildered by the collision which turned his vehicle on its side.  Williams reported some pain in his shoulder.

The driver of the other vehicle was much less calm; Royal Turks and Caicos Islands Police officers attending to the scene were having a difficult time getting the man to comply with procedures which included a breathalyzer test.

The officers professionally described that the test is now standard in traffic investigations.

Some homeowners of Millennium Heights suffered an electricity outage earlier this evening; Williams was among them and said he was returning to his house after trying to avoid being at home in the dark when the oncoming driver seemed to sway into his lane.

Drinking and driving is now outlawed in the Turks and Caicos Islands; breathalyzers were introduced last July.  While some drivers are compliant, others strongly resist the new measure and are being taken to court for refusing to comply with the nine-month-old road-safety procedure.